I still say he tied his shoelaces together 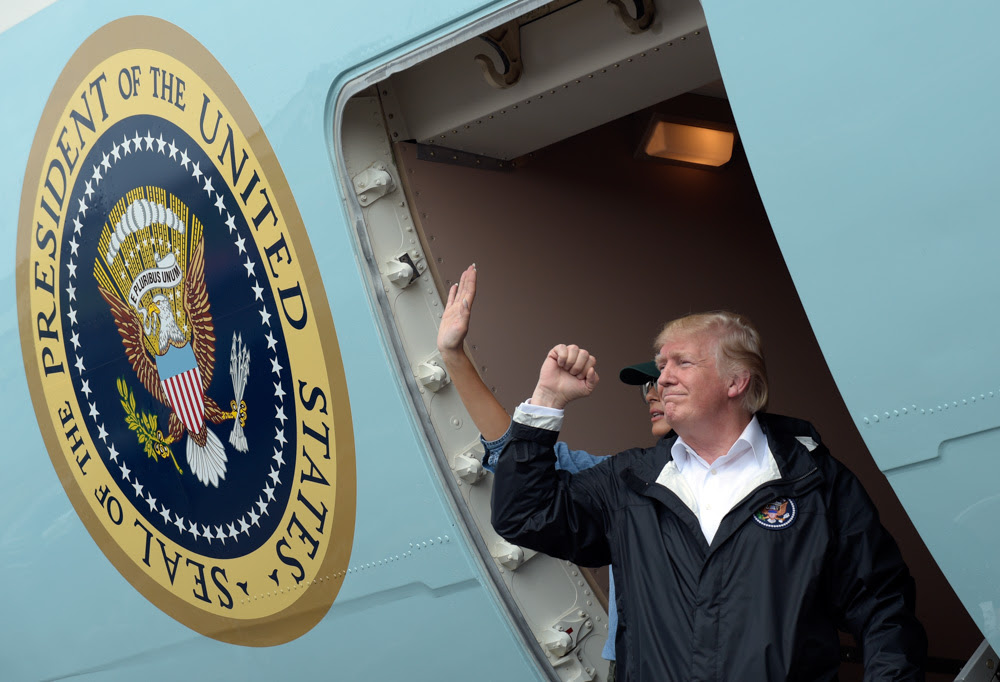 Those floodwaters are beautiful!

Murray insisted that the Trump administration “deserve good marks” and Trump “deserves a good review for this.”

“Because he was the president,” the CNN correspondent added. “He went there. He said comforting things.”


I know people who won't ever get back into their homes.  I know people being told to evacuate their homes, that power is being cut off to them; whole neighborhoods.  I know square miles of town where the water is rising, not receding.  It isn't beautiful; it isn't wonderful; and words like that are not comforting to anybody except a reporter living in D.C. looking desperately for the President to be "normal."

And the world is watching whole areas of Houston be flooded on purpose, now.  Houston lives and dies on real estate values, which is why flood control has been so poorly implemented since 1935.  Whole neighborhoods in high-value areas may become flood plain, may be inaccessible for a month or more, may well be razed to the ground when this is over.  How is that "beautiful"?  How is that comforting?

Indeed, it seems the primary person the President wanted to comfort was himself:

Houston is glad it could make the President feel better about himself.  Please don't come back; the future looks bad enough already.