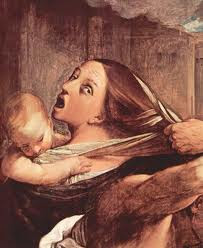 Thirty years ago today Sr.s Dorothy Kazal, Ita Ford, Maura Clark and Jeanne Donovan were tortured, raped and murdered in El Salvador by American trained terrorists because they were working for the most basic civil rights of poor people.--Anthony McCarthy

It was yesterday, but that was the First Sunday of Advent.  It's been nearly 40 years ago, now.  that opening quote is from 2010.  Nothing else important, however, has changed.

I repeat this every year. This post is largely as I wrote in in 2008. I preached from this story when I had a pulpit and used it, probably unwisely, in a sermon when I was invited to a pulpit in Advent. It is volatile stuff, and repetition had dulled me to that. It shouldn't be repeated enough to dull one; just enough to make one sensitive to the world, and to the message of Advent.