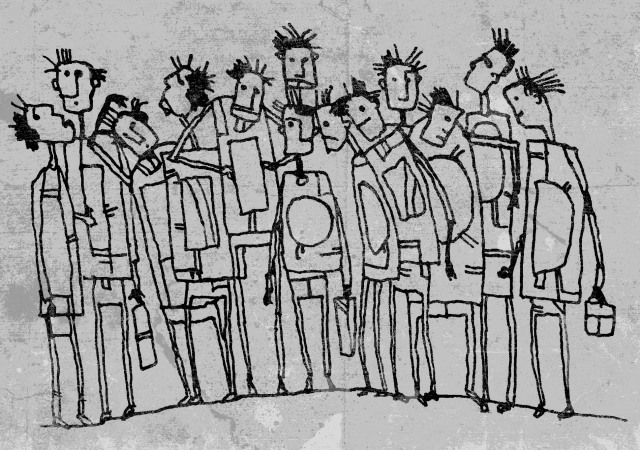 A textbook example of the importance of definition.  There is, this argument claims, a "war" between science and religion.  And the basis of that argument is the definition of "science" and of "religion."  Oddly enough, no definition of "truth" is proffered, because science already has "truth" held tightly in its grip; apparently.

But I digress.  The definitions, please:

My argument runs like this. I’ll construe “science” as the set of tools we use to find truth about the universe, with the understanding that these truths are provisional rather than absolute. These tools include observing nature, framing and testing hypotheses, trying your hardest to prove that your hypothesis is wrong to test your confidence that it’s right, doing experiments and above all replicating your and others’ results to increase confidence in your inference.

And I’ll define religion as does philosopher Daniel Dennett: “Social systems whose participants avow belief in a supernatural agent or agents whose approval is to be sought.” Of course many religions don’t fit that definition, but the ones whose compatibility with science is touted most often – the Abrahamic faiths of Judaism, Christianity and Islam – fill the bill.

They don't, actually, but being ignorant about religion is held as a positive in arguments of this type, so set that aside.  Notice science is how we find "truth about the universe."  What is 'truth'?  Answer comes there none.  These "truths" are provisional rather than absolute, but that's the only qualifier given.  What these "truths" actually are is assumed.  All right-minded people know, just as they know the less you know about religion, the better.  Ignorance is strength.

And truth, as Kierkegaard argued, is subjective.  Sherlock Holmes famously asked Watson what good it was for him to know that the earth circled the sun.  That information might be valuable for calculating sunrise and sunset, or interplanetary travel, but as "truth" it comes up quite a bit short.  It is an accurate fact about the physical universe; but "truth"?  I think we all understand the concept is a bit more comprehensive, and complicated, than the reduction of the universe to a set of undeniable facts.  Even Hume understood the distinction between analytic and synthetic, and he used it to discard the notion of truth entirely.

But that requires a knowledge of philosophy, which is almost as bad as having a knowledge of religion.  After all, if your go-to source for definitions of religion is Daniel Dennett, you aren't exploring any subject covered by this argument very deeply.

The definitions, you see, set the argument and declare victory before a shot is fired.  Science discovers "truth," religion demands fealty to a non-existent (because "supernatural".  Science defines the natural, too, and "supernatural" is defined out of possibility) entity.  This is reductio Nietzsche.  Oops, another philosopher; we are going far afield now!  But this is the kind of thing I teach first-year English students to watch for:  set the definitions, you set the terms of the argument.  And in this argument, we have two straw men struggling to knock each other over while remaining standing themselves.  Well, rather one straw man is active; the other is pure abstraction, a figment of a weak imagination, a chimera, a cartoon caricature.  No wonder the other argument "wins."

Obviously it is so "strong" it needs as weak an opponent as possible.