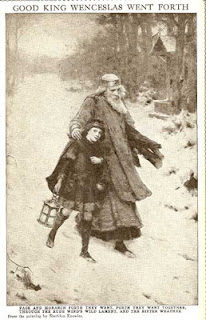 There's a surprising amount of death on the Christian calendar after the celebration of the birth of the Christ-child.  It's almost a reminder that "peace on earth, goodwill toward" all, is nit so much a gifts a hope that we have some part in.