Peace on earth, goodwill toward all right-minded men 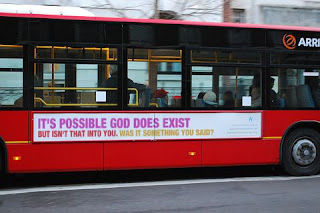 The concept of interpretation is all here: there is no experience of truth that is not interpretative. I do not know anything that does not interest me. If it does interest me, it is evident that I do not look at it in an uninterested way.


So apparently this happened:

Everyone has a religion. It is, in fact, impossible not to have a religion if you are a human being. It’s in our genes and has expressed itself in every culture, in every age, including our own secularized husk of a society.

By religion, I mean something quite specific: a practice not a theory; a way of life that gives meaning, a meaning that cannot really be defended without recourse to some transcendent value, undying “Truth” or God (or gods).


And got people from Mike Pesca to Ezra Klein all hot and bothered; Klein because Vox was called out by name ("But the banality of the god of progress, the idea that the best life is writing explainers for Vox in order to make the world a better place, never quite slakes the thirst for something deeper.") and Pesca because he's an atheist and is damned sure he doesn't have a religion.  A lot of other people weighed in, too, according to Pesca; I'll take his word for it, the internet exists to gin up and distribute this kind of outrage (or agreement).  For my money, it's a stupid essay that Pesca and Klein take far too seriously (Pesca does an almost line by line rebuttal, while skipping over any mention of Christopher Hitchens or Bertrand Russell which Sullivan includes in his essay.  In other words, the Catholic who insults Pence by insisting atheism is a "religion" has more to say about atheism from two acknowledged representatives, than Pesca can muster.  Indeed, to read Pesca, you'd never know Sullivan mention Hitchens or Russell at all.  Klein does a better job rebutting what he sees as Sullivan's thesis, but he does it with a heavy hand.  The simple fact is, we always think history was simpler "back then," simply because the past is known territory and the future is unknowable (and scary).  Klein isn't wrong, he just wields a sledgehammer instead of a fly swatter.).  The better answer to all of this is that Sullivan is fighting well above his weight class (his definition of "religion" is bad, no question about it; he should consult both world religion scholars and anthropologists for help, not to mention some of the better theologians and philosophers of religion; and even then....); but what is not clear to either Klein or Pesca, because this isn't their area at all, is that Sullivan is engaging the classical Roman Catholic teachings of Augustine here to make his argument.  Consider:

I suspect that most thinking beings end up with this notion of intense love as a form of salvation and solace as a kind of instinct. Those whose minds have been opened by psychedelics affirm this truth even further. I saw a bumper sticker the other day. It said “Loving kindness is my religion.” But the salient question is: why?


That isn't Tolstoy's question "How should we then live?," though clearly Sullivan thinks it is.  That is, rather, Augustine's statement to God:  "Our hearts are restless until they rest in Thee."  I like Augustine; I see a clear line from Augustine to Luther (an Augustinian monk before he was excommunicated for his heresy) to Kierkegaard (a pastor in the Danish Lutheran church), one of my primary intellectual and spiritual influences.  But still, I think Augustine has conflated his experience with that of humankind; and I think he got it wrong.  His heart may have been restless, but mine is not; not in that sense, anyway (the restlessness of my heart is another matter altogether.  I'm more inclined to agree with the hymn:  "The peace of God, it is no peace, but strife sown in the sod."  I am perhaps more Jewish than Augustinian (which is to say more Hebraic than Hellenistic, but let's not get too far afield); but I don't confuse my experience with the experience of humankind.

Sullivan's statement comes after quoting John Stuart Mill's "A Crisis in My Mental History" and including this from Russell on the occasion of visiting the sick wife of a colleague:

“Suddenly the ground seemed to give away beneath me, and I found myself in quite another region. Within five minutes I went through some such reflections as the following: the loneliness of the human soul is unendurable; nothing can penetrate it except the highest intensity of the sort of love that religious teachers have preached; whatever does not spring from this motive is harmful, or at best useless.”


That sounds a bit more like Sartre or Camus than St. John of the Cross or even Augustine to me, but these things are always subject to interpretation.  It also sounds like someone realizing that, just when they had all life's answers figured out, someone changed all the questions.  That happens, but it isn't necessarily a religious experience when it does.  In fact, it can just as easily happen to religious believers, even the very devout ones.  "My God, my God, why have you forsaken me?!"  Yup; right there in the Bible.  Even Job never went quite that far.

Sullivan does connect this to politics, so Klein's angle about "political tribalism" is not that off-base.  For Sullivan "liberal" means both wrong politically and, apparently, wrong theologically, which doesn't really make sense, but then again, he's not a student of theology:  he may not know much about religion, but he knows what he believes, and more importantly, he knows what he likes when he sees it.  And his critique of the "modern world" is downright hilarious:

Our modern world tries extremely hard to protect us from the sort of existential moments experienced by Mill and Russell. Netflix, air-conditioning, sex apps, Alexa, kale, Pilates, Spotify, Twitter … they’re all designed to create a world in which we rarely get a second to confront ultimate meaning — until a tragedy occurs, a death happens, or a diagnosis strikes. Unlike any humans before us, we take those who are much closer to death than we are and sequester them in nursing homes, where they cannot remind us of our own fate in our daily lives. And if you pressed, say, the liberal elites to explain what they really believe in — and you have to look at what they do most fervently — you discover, in John Gray’s mordant view of Mill, that they do, in fact, have “an orthodoxy — the belief in improvement that is the unthinking faith of people who think they have no religion.”


The Trappist monk walking barefoot in winter to the chapel for prayers is not so self-deluded and unself-conscious as Sullivan is there.  Does he have no library from which he can snatch volumes by Russell and Mill, no Netflix (or Amazon Prime) account, no air-conditioned (and heated) living space, no social media connections at all?  Ezra Klein gets this right, too:  Sullivan is annoyed because so many people on this earth don't think like Andrew Sullivan.  How dare they! Worse, mist of us lack the moral fibre of Mr. Sullivan. The modern world may be "designed" to hide us from ultimate meaning, but he is made of sterner stuff. Well, of course he is.

This is where most religions draw their real power:  the idea of transcendence, of otherness, of you not being the center of the universe and others being as important, in their otherness, as you are.  Indeed, the central point of religion is not worship (pace, Pesca; you're as wrong about the definition of religion as Sullivan is), but accepting that to others, YOU are "the other."  Work that one around in your imagination's mouth a bit, see what it tastes like, and if you can even swallow it.  Sullivan's argument, finally, is that everyone has a religion, and most of them have the wrong religion, because it's not the religion (read:  weltanschaung) of Andrew Sullivan.

Yes, we do all have world views; no, they are not the same thing as religious beliefs, practices, or doctrines.  When Sullivan says:

Liberalism is a set of procedures, with an empty center, not a manifestation of truth, let alone a reconciliation to mortality.


it's hard to take him seriously, because this is his definition of "liberalism," with nothing antecedent in the argument to explain what liberalism is, and what it is not.  "A set of procedures"?  What, like the rules of procedure that govern court proceedings?  "A manifestation of truth"?  Like the incarnation?  What in the world would a "manifestation of truth" be?  What, to quote Pilate, is truth?

Nice work, if you can get it.  I suppose God needed the time off to rest, or something.*

*I have to say Ezra Klein is closer to the heart of the matter in his response than Pesca is.  When Sullivan says something like this:

The need for meaning hasn’t gone away, but without Christianity, this yearning looks to politics for satisfaction. And religious impulses, once anchored in and tamed by Christianity, find expression in various political cults.


It's ridiculous for reasons Klein apparently doesn't know about.  The Amistad event was fired by a "religious impulse" not "tamed" by Christianity, but  seeking to undo political and legal expression (i.e., racism and slavery) in the name of justice.  The Abolitionist movement, a key factor in the lead-up to the Civil War (and during it), was not religious impulses tamed by Christianity.  The Berrigan brothers' Christianity didn't tame their attack on government files and military sites.  In fact, the tamer Christianity is in American history, the more of a handmaid it is to evil and injustice, rather than controlling the improper excesses of "the religious impulse."  That is, unless you approve of the politics of Andrew Sullivan, in which case all of these actions were either wrong (I can't imagine he'd endorse the Berrigans under any circumstances) or are best overlooked.
Posted by Rmj at 10:30 AM