Good to know there's nothing more important going on.... 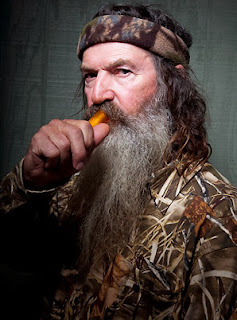 Any associations made with this picture are your own business....

I shouldn't bite, but I will:

What good is a Bill of Rights if it protects us (increasingly thinly) against government, but subcontracts the job of abridging those rights to every other institution that affects our lives and well-being?


Where the hell have you been?

Until the 14th Amendment, the first 10 didn't apply to states at all.  It was really only with the Warren Court that the Bill of Rights became, in any sense, rights we had as American citizens, against all contenders.  Even then, it's always been limited.

I have a right to speak my mind.  I don't have a right to keep my job because I do.  Sorry, but there it is.  'Twas ever thus, and examples like Phil Robertson don't change that.  Maybe  "The Bill Of Rights is supposed to be durable and universal" in your imagination, but it never has been and it never will be.  For reasons inexplicable to me, the 2nd Amendment has become universal and endurable for a handful of yahoos who have used it to reject any sane regulation of firearms in this country (why they don't lobby for access to fully automatic weapons is beyond me).  I actually heard a gun store owner in an NPR story say that the number of people killed by guns every year is so small it doesn't outweigh the benefit of FREEEEDUUUUUUUUUMMMMMMMMMMMMMBBBBBBBBBBBBBB!

The man was so stupid he should have been bagged and tagged and not allowed anything sharper than a rubber ball for the rest of his natural life.

And, as I recall, Starbucks decided the 2nd Amendment did not give gun owners an absolute right to come into their stores and terrorize their patrons.  There was quite a kerfluffle over that tempest in a teapot.  So if "The Bill of Rights is...durable and universal," do we force Starbucks to let people bring guns to drink their coffee?  Hmmmm?

Should corporations determine who gets to say what when?  Probably not; but especially if you are a public figure thanks to a corporation, if your name and face are known because the corporation makes you famous and keeps you that way, well, as Harlan Ellison learned during his very short stint at Disney, which ended after he made one too many Mickey Mouse jokes:  "At Disney, you don't f*ck with the Mouse."

Should we change that because Phil Robertson is right:  he is white trash, a Louisiana coon-ass, a redneck?  Not sure that's the hero for 1st Amendment rights I want to rally around; or that I want to make the Bill of Rights "universal and durable."  I'd rather the corporation not make me confess to petty theft of office supplies, but I do think they are entitled to terminate my employment if I refuse to cooperate with their investigation of same.