On the day before St. Nicholas' Day 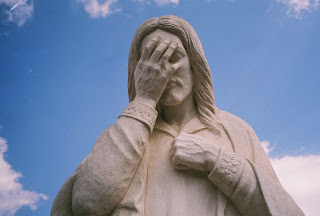 Whatever you did to the least of these would be better done through the earned income tax credit.


The minimum wage is effectively where it was when Truman occupied the White House.

We can raise the price of gas because we have to.  Because it pays for increased exploration; because of global markets, because of OPEC; just because.  Even though petroleum products are essential to industrialized society, are absolutely fundamental to modern existence, we can absorb those costs.  We must.  We have no choice.

We cannot raise the minimum wage, because that will increase the price of meals at McDonald's and Taco Bell and Wal-Mart, and then what?

We must, in other words, exploit our workers who serve cheap, mostly bad food, to people who make just enough over the minimum wage to be able to afford it (and to people who make much more than the minimum wage, live in houses with kitchens that cost more than some homes, but who order pizza rather than figure out how to turn the oven on), or the economic order will collapse and even more people will be unemployed and do you want that?  HUH?!?

Without exploitation the people will suffer.

What has happened in American society, that such arguments are allowed to be seriously presented, that they are even presented without gales of laughter and dropped jaws of disbelief?  What is wrong with our sense of humanity, that we don't consider our fellow citizens and neighbors to be human?