Bonfire of the Yule Logs 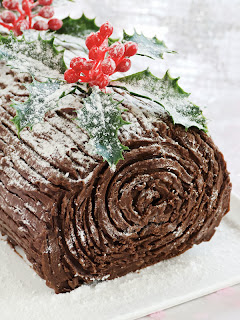 "If you believe in free speech or religious liberty, you should be deeply dismayed over the treatment of Phil Robertson. Phil expressed his personal views and his own religious faith; for that, he was suspended from his job," Cruz wrote on his Facebook page. "In a free society, anyone is free to disagree with him--but the mainstream media should not behave as the thought police censoring the views with which they disagree."


Somebody wanna tell Sen. Cruz that Texas is a "right to work state" and unless you have an employment contract, you can be fired just because the boss is in a bad mood that day?

And if you do have a contract, as I'm sure Phil Robertson did, if you don't comply with it, you're in breach, and can be at least suspended?

It's one reason I've never put a bumper sticker on my car, or told my boss (except for one, and he enjoyed the argument; he's a Federal judge now) what my politics were.  It's a "personal view," but it would be grounds for canning me, even if it wasn't the 'reason.'

Will Sen. Cruz be as righteously dismayed over the fate of the Rev. Frank Schaefer, who expressed "his personal views and his own religious faith" by officiating at the marriage of his son and his son's partner?

Have I already reached my limit of eggnog today, that I act as if that's a serious question?

Adding:  I suppose this is free speech, too, which we all must stand silent before:

“I never, with my eyes, saw the mistreatment of any black person," Robertson is quoted in GQ. "Not once. Where we lived was all farmers. The blacks worked for the farmers. I hoed cotton with them. I’m with the blacks, because we’re white trash. We’re going across the field.... They’re singing and happy. I never heard one of them, one black person, say, ‘I tell you what: These doggone white people’—not a word!... Pre-entitlement, pre-welfare, you say: Were they happy? They were godly; they were happy; no one was singing the blues.”

Your move, Senator Cruz. I'm gonna get some more eggnog while you explain why it's okay to talk trash about gays, but not about blacks....