Good will towards those we can afford.... 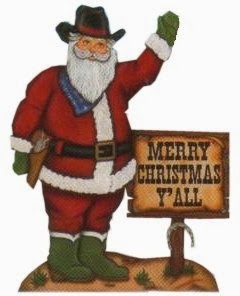 Students in Plaza Towers Elementary School in Moore were also following the traditional procedure when they clustered in hallways at about 3 p.m. May 20 when an EF-5 tornado swept into the community. Winds measured at more than 200 mph collapsed a concrete wall on the children, ages 8 and 9.

Dorman, a Democrat, said he wasn’t trying to put Republicans in a difficult political position with his proposal. He said he chose the franchise tax because the Legislature had temporarily suspended it so the money wasn’t spoken for. The revenue would be used for the bond payments.

“That just seemed like the best place to draw the money without hurting the budget,” he said.

But Republican leaders maintain that eliminating taxes, especially those on businesses, will encourage more investment in the state, generating more money for communities to pay for their own needs.

Since the rebuff, supporters of the shelter initiative, organized as Take Shelter Oklahoma, have become embroiled in a dispute with Republican Attorney General Scott Pruitt and the state Chamber of Commerce over Pruitt’s use of wording in the ballot initiative that emphasizes the funding mechanism.
...
“Just adding on a new tax burden on Oklahomans is not the answer,” said Republican State Superintendent Janet Barresi, Oklahoma’s highest ranking education official.


This, of course, will teach those kids there is no free lunch!

And maybe Santa Claus will bring safe rooms to the schools of kids who haven't died yet in tornadoes.  Then again, those kids were 8 and 9, high time they learned there is no Santa Claus!

Nor a Sanity Clause; unfortunately.

And the radio (local NPR news) just informs me the Houston Food Bank is the largest distributor of such food in the country.  It serves an 18 county area, and delivers about 7 million pounds (yes, that number is correct) of food every month.  Much of it to people above the poverty line, but still too poor to afford food, rent, clothing, transportation, etc.

And the Food Bank reports it isn't meeting the needs of all the people in even the Houston area; that some 53,000 people in Houston alone will go hungry this year.

And that's the "Texas Miracle."  Merry Christmas, y'all.