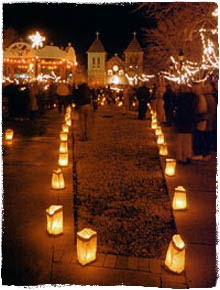 If we're going to talk about religion (which is to say, in any sense of the word, "critique" religion), we really should start here:

But any critique of religion that can be made from the outside (by atheists) can be made more persuasively from within religion.


By which I mean a purportedly sharp observation like this:

Hitchens, in fact, has made ample use of this Marxist analysis, questioning religious experts whether it was Constantine or the truth of Christ’s words that were largely responsible for its breakneck spread. Constantine was, and his proclivities shaped the church. The doctrine of the Trinity was not decided exclusively by decades of intense debate; the whimsy of Constantine and political maneuvering between by Arius and Athanasius had a significant influence on the outcome.

I learned that analysis, without any resort to Marxism (not that there's anything wrong with that!) in seminary.  There is no serious question Christianity would not be a world religion today, might not even exist as an organized religion today, without Constantine.  Could the teachings of Christ have survived in some other manner?  Could God have moved in a more mysterious way than Constantine's deathbed conversion?  Maybe.  But that didn't happen; what happened was the Emperor became a Christian, and given the social order of the day, so did everyone else.  Instant major religion!  Just add a rigidly hierarchical society!

Anyone who studies ecclesiastical history at all, or just reads a few good books, knows all the basic doctrines of Christianity were worked out by politics, just as anyone, from pastor to regular lay member, knows that nothing gets done in even the local congregation, without politics being involved.  Politics being not one of the great evils of our "fallen nature," but "according to Aristotle, a truly veteran scribe...the result of humans being the only herd animals capable of speaking to one another."  Or, to paraphrase Jesus, wherever two or more are gathered together, there will be politics, also.  It's unavoidable.

Frankly, anyone who doesn't understand that every debate is resolved by the whimsy of those with the power of decision, and political maneuvering of others, is a fool.  Nothing is settled by appeal to an outside force, be that force "God" or "reason."  Matters are settled by concurrence, and that concurrence always involves politics, because concurrence arises from our ability to talk to each other.  We may even say that we know God's will; but we know it because we agree on it.  Some see that as disparaging to God; some see that as eliminating God.  I see it as the way God functions among human beings, and always has.  I see it as the testimony of the Biblical witness, which itself records a great conversation about what it is to be human, and what it is to know God.

Still, some people insist this excludes God from the discussion:  atheists like Hitchens on the one side, fundamentalists and "traditionalists" on the other.  To me, it enriches my theistic position, because it means God is truly active in human history, and that human history itself is real.  Even Isaiah complains that God won't make a show of power anymore, as God did when the wet wood was set ablaze.  Even the people of Israel tell Moses to talk to God and leave them out, because the theophany on Sinai scares them witless.  Even Ezekiel talks such rubbish and his behavior is so odd the people wonder if he's gone mad.  Even Jeremiah wonders why God is so cruel if God loves Israel.  Job never does get a good answer to his questions, just a rebuke; and the Preacher finally says there's nothing to be done except to fear God and keep God's commandments, that even the making of books (and the Bible is nothing but books!) is a vanity and a source of frustration.

What part of this is so different from the lives we lead today?

So pardon me if, on the subject of critiques of religion by the likes of Hitchens and Dawkins, I can't resist quoting Terry Eagleton:

Card-carrying rationalists like Dawkins, who is the nearest thing to a professional atheist we have had since Bertrand Russell, are in one sense the least well-equipped to understand what they castigate, since they don’t believe there is anything there to be understood, or at least anything worth understanding. This is why they invariably come up with vulgar caricatures of religious faith that would make a first-year theology student wince. The more they detest religion, the more ill-informed their criticisms of it tend to be. If they were asked to pass judgment on phenomenology or the geopolitics of South Asia, they would no doubt bone up on the question as assiduously as they could. When it comes to theology, however, any shoddy old travesty will pass muster.

I care less about the criticism of Dawkins this time around than I do about the observation buried in the center as a measuring stick:  the first year theology student.  It could as well be the first year divinity student (the seminary I attended granted both M.Div. degrees, and M.Th, .or Masters of Theology, degrees.  The former included professional training for ministry; the latter was a purely academic program.).   The point is this, as McElwee so eloquently puts it:

The Christian message doesn’t contradict science, and nor is it concerned with bourgeois politics. Ultimately Christianity (and many other religions) are about transcending politics and fighting for social justice. Think of Martin Luther King Jr., Desmond Tutu, Nelson Mandela, Mahatma Gandhi and Thich Quang Duc – all of whom were influenced by their religion to change the world. Jesus saw how oppression and oppressors consumed the world. He, as all great reformers have, sided with the oppressed. This kind of skewed fundamentalism is radically new and far removed from true Christianity. True Christianity offers us a far superior doctrine — one of social justice, love and equality.

And more particularly, this:

In an age which offers a variety of escapes from the human condition, Christians are more than ever a sign of contradiction.  They continue to believe that the search for God must begin with the acceptance of the human.  They believe this because it is in the stable of humanity that God has come in search of us.

In the human experience of Jesus, God became available to us as the depth of human life.  Thus, a Christian believes that the experience of ultimate meaning comes not from a leap out of the human condition, but a journey through its dark waters.--John Heagle

If you want to criticize Christianity, criticize it for failing to live up to that.