I'm with Charlie Brown.  This kind of thing leaves me thinking Bing Crosby and Andy Williams were Commies; or at least Commie symps. 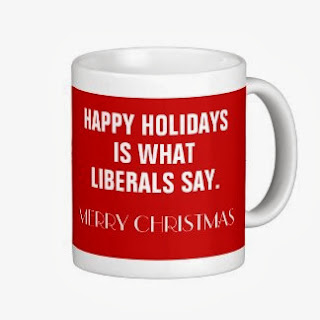 
And of the stupid that accompanies it:

“There is a vocal minority that is offended at the rest of us who want to celebrate Christmas,” he said Tuesday on “Fox and Friends.” “Just because someone is offended doesn’t mean that they can shut down the religious celebration or acknowledgment of every other American.”
...
The congressman is among a growing number of conservatives who have vowed to resist "the war on Christmas" that they say threatens to turn the holiday into a secular celebration. Many of them have charged, for example, that it’s become less politically correct to use a Christmas greeting exclusively.

According to a Fairleigh Dickinson University PublicMind poll (remembering a patch of ice doth not a winter make, nor a single poll a valid conclusion) 67% of Americans prefer to hear "Merry Christmas."  I really can't believe we're having this conversation.  A majority of Americans even care about which tired cliche is used about the season in December?  I don't believe it.  And it's all just an excuse for things to get stupider:


In a sermon at his Cornerstone Church on Sunday, [Pastor John] Hagee warned that “Christmas is under attack in America” because government offices were greeting people with “Happy Holidays” instead of “Merry Christmas.”

“Humanists are now making the claim that Christmas was originally a pagan holiday,” he said. “Hey, dummy, look at the word: Christ-mas.”

“To all humanists and atheists listening to this telecast: Life, liberty and the pursuit of happiness will not be in danger in any way if someone says ‘Merry Christmas’ around you.”

The historical ironies there are too much for even this festive season.  But since I cannot say "Happy Holidays" or the clearly even more offensive "Season's Greetings!",  I have only one response left: 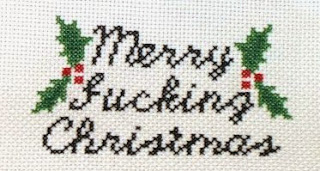 At least it contains the proper  illiberal phrase.  But since the War on Christmas ended on Christmas Eve, I can still enjoy the Twelve Days of Christmas in peace.