We never step twice into the same narrative.... 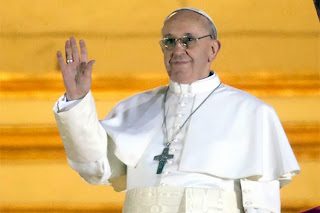 I may not agree with him on everything, but I like this guy...

I'm sure Sara Palin will take credit for this, but whatever:

"Duck Dynasty is not a show about one man's views. It resonates with a large audience because it is a show about family… a family that America has come to love. As you might have seen in many episodes, they come together to reflect and pray for unity, tolerance and forgiveness. These are three values that we at A+E Networks also feel strongly about," the statement said. "So after discussions with the Robertson family, as well as consulting with numerous advocacy groups, A&E has decided to resume filming Duck Dynasty later this spring with the entire Robertson family."


Huffington Post tried to sum up the whole situation, start to finish, in one sentence that went on a bit too long for my taste.  I can say it in two words:  "Money talks."

And speaking of shorthand this is pretty much why I'm read to give up on news and any bloggy references to it:

Gregory says that this is a "significant story because it changes the narrative," and you know that's a big deal, because we take The Narrative and put it on an altar and sacrifice virgins to it, and anything that changes The Narrative must have mighty and powerful magicks!

Yup.  And it's tiring keeping up with it.  Especially when the Narrative creates crap like this:

Conrad Alvin Barrett was arrested and accused of punching the unnamed victim last month and filming the assault. Barrett allegedly showed the video to a man outside a restaurant who he didn't realize was an off-duty investigator. In the video, the attacker approaches the elderly African-American man, asks him "How's it going, man?" and proceeds to punch him before laughing, saying "knockout" and fleeing in a vehicle. Barett has been charged with a hate crime.

Three guesses where Mr. Barrett gets his "Narrative," and the first two don't count.

On the other hand, who doesn't enjoy the sound of Cardinal Dolan telling Paul Ryan His Holiness the Pope really doesn't care what the runner-up to the office of Vice President thinks about economics?

And a reminder that Ryan is just from Wisconsin:

"What he says is that the dollar is money, if the economy becomes our God, that's idolatry," Dolan said. "There's only one God and money ain't it, Okay? Money is morally neutral. It's how we use it that makes it sinful or good."

Dolan said that Pope Francis probably shrugged off criticism about his economic views, just as he reacted to being named Time Magazine's Person of the Year.

"He said, 'Time magazine? I'm more worried about timeless things.' Okay? So that's the way he is," Dolan said. "He shrugs and says, 'Well, thanks. Who cares?'"


The Narrative is a great brown god; and denial is not just a river.