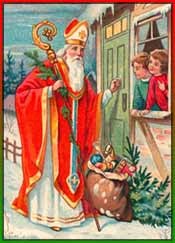 Charity is always about need.  That is the first barrier.

Charity is not about need, because charity is not about giving from your surplus to someone with less surplus.  As the wealth manager to McDonald's said, even doctors and lawyers spend more than they make.  I know a lot of large and empty houses near me, monuments to conspicuous consumption, which are virtually empty inside, furnished with only what is needed (beds, a couch, a table for the TeeVee) and occupied by fewer people than there are rooms by a factor of 5 or more.  I know of elaborate kitchens gleaming like a Williams-Sonoma showroom in which nothing is eaten which requires more preparation than a bowl of cold cereal, in which most of what is eaten (when it is eaten at home) is carry out.  Yes, even doctors and lawyers spend more than they make.  What of it?

Charity is not about surplus, and it is not about need.  Linda Tirado raised $60,000 based on a web post which presented her as poor.  Some say she isn't poor at all, that her claims of poverty amount to fraud, that the money she raised was given by people trying to help what turned out to be a fictional character, that she had no claim to keep receive such generosity or to keep it.  Some say she lied; some say she didn't.  The truth is (as Jessica Winter argued at Slate) the situation of Linda Tirado has more to do with how we define poverty and charity, than it does with how she presented herself.

The claim of fraud in charity is an old one.  How do you know the homeless person on the street won't spend the money on alcohol instead of food?  How do you know they are really homeless?  I had a person, a good man who I knew, tell me quite seriously that the panhandlers on the freeways near me earned $30,000 a year on those corners, so they didn't deserve to be the objects of our charity.  Only the truly poor, you see, deserve charity.  It's rather like fetuses which deserve protection against abortion; but once they are born, they are no longer fetuses (or no longer poor, to carry out the analogy), and they pass from our concern.

The truly poor; the deserving poor; the ones with real need.

In my day the marker was a color TeeVee, when black and white sets were still common, and color (or remote controls) a sign of luxury, of wealth.  Any poor home with a color TV was not truly "poor."  If it was a gift of charity, it should be sold to buy food.  Even a functioning TV was suspect.  Truly poor people did not have any of the trappings of the middle-class, or they were not fit objects for middle-class charity.  Christmas is a sad season for the poor, because if they stop being poor, especially through gifts of charity, they suddenly become frauds; and there's nothing charitable givers hate worse than the fraudulently poor.

It's a hideous truth; but it's truth, despite that.  It's the truth because we practice the theology of scarcity rather than embrace the theology of abundance.  It is a theology that isn't that hard, that can be summed up in a Psalm as simple as Psalm 133:

How good and pleasant it is to live together as brothers in unity!
It is like fragrant oil poured on the head
and falling over the beard,
Aaron's beard, when the oil runs down
over the collar of his vestments.
Is is as if the dew of Hermon were falling
on the mountains of Zion.
There the LORD bestows his blessing,
life for evermore.

And that is the second barrier.