The Revolution Will Not Be Crowdsourced 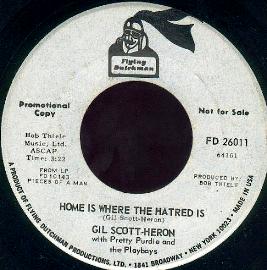 There are lots of ways to measure the support a candidate has.  Votes are one, fundraising another.


Bernie used to brag about his fundraising as an indicator of his support.  Not anymore:

Even as he racked up primary victories last month and sharpened his attacks against the former secretary of state, online donors started holding back. Sanders raised considerably less in April than his record-setting $46 million in March or $43.5 million in February.


And I've read many an on-line comment that Clinton is spending far more than Sanders, and getting less for it.  Nope:

The two were on roughly equal fundraising footing last month, with Clinton and Sanders each raising more than $25 million. But the Vermont senator spent almost $39 million to Clinton's $24 million, the reports showed.

This year, Sanders has averaged more than $40 million in spending per month, underlining how quickly he could blow through the cash he had on hand at the beginning of May.

Since he started his presidential bid, Sanders has spent nearly $207 million, about $25 million more than Clinton's $182 million in expenditures. For her part, Clinton has averaged $26 million in spending per month since January.

Sanders is now down to $6 million in cash, which sounds like a lot, but when you've been spending $40 million per month, that's less than a week to go before you're flat broke.

And California hasn't voted yet.

No wonder Sanders is making so much noise about what he's entitled to.  He really is that desperate.   And interestingly, all that grass roots fundraising seems to have withered away.  Well, I'm sure it's because of the DNC or Clinton or corruption or Wall Street or undemocratic rules, or something.
Posted by Rmj at 7:00 AM