Because when you're facing criminal charges and civil charges for fraud.... 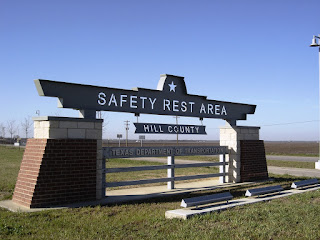 So, here are the duties of the Texas Attorney General, per the Texas Constitution:

Sec. 22.  ATTORNEY GENERAL.  The Attorney General shall represent the State in all suits and pleas in the Supreme Court of the State in which the State may be a party, and shall especially inquire into the charter rights of all private corporations, and from time to time, in the name of the State, take such action in the courts as may be proper and necessary to prevent any private corporation from exercising any power or demanding or collecting any species of taxes, tolls, freight or wharfage not authorized by law.  He shall, whenever sufficient cause exists, seek a judicial forfeiture of such charters, unless otherwise expressly directed by law, and give legal advice in writing to the Governor and other executive officers, when requested by them, and perform such other duties as may be required by law.

Does that line up with what indicted felon Ken Paxton said?  I don't think so:

"It is possible that allowing men in women’s restrooms could lead to criminal and otherwise unwanted activity," Paxton wrote in the letter, according to Fox News. "As chief lawyer and law enforcement officer for the State of Texas, I ask that you provide the full text of Target’s safety policies regarding the protection of women and children from those who would use the cover of Target’s restroom policy for nefarious purposes."


Either Paxton doesn't know what his job is, or he doesn't understand what "chief law enforcement officer" means.  No problem; I'm sure Target employs lawyers who know the law better than Ken Paxton does.

Ken Paxton is so full of shite he needs to get himself to a toilet instanter.  Any criminal activity in public bathrooms in Texas can be handled by the proper legal, and LOCAL, authorities.  Though I do have a question for AG Paxton:  who is policing the rest rooms at the rest stops operated by the State on state highways?  I've never seen so much as a janitor in any one of them, much less a peace officer checking gender before entry.