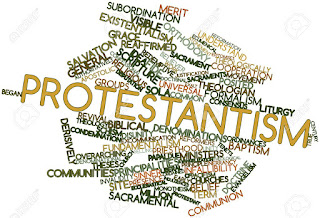 Pastor Dan (Bless him!) points me to this, from which I want to take a few responses that aren't quite his (not that there's anything wrong with that!).  Although I have to start by agreeing that this:

For Albert Mohler, president of the Southern Baptist Theological Seminary in Louisville, Ky., the key question is "whether or not there is a binding morality to which everyone is accountable."


Simply means Albert Mohler wishes for a time when everyone agreed with him, a time that occurred sometime just before he realized there was a world full of other people who are NOT Albert Mohler.  Mohler thinks of that as the encounter with nothingness, but the more correct French phenomenological label is simply the "other."

And yes, that is harsher than Pastor Dan, but then I never claimed to be as nice a person as PD.  And then you have to put this kind of stuff in the context of the article, so:

Mohler is a co-founder of the biannual Together for the Gospel conference, which brought together thousands of evangelicals last month at a sports center in Louisville, a few miles from the Southern Baptist campus. Electronic signs around the top of the arena carried such messages as "We Were Born Out of Protest" and "We Stand on Scripture Alone, Not Man's Wisdom."

"Our theme for this year is, 'We Protest,' " Mohler tells NPR. "You might say [it's] putting the 'protest' back in Protestantism." He and his fellow conservative leaders urge Christians to take a "biblical" stand against such things as no-fault divorce, extramarital sex, "transgenderism" and gay marriage. His new book is We Cannot Be Silent: Speaking Truth to a Culture Redefining Sex, Marriage, & the Very Meaning of Right & Wrong.

Me thinks he doth protest too much.  But then, as that parable of the beam and the splinter puts it, isn't that always the way?

"Conservative Christians in America are undergoing a huge shift in the way we see ourselves in the world," Mohler says. "We are on the losing side of a massive change that's not going to be reversed, in all likelihood, in our lifetimes." In his view, Christians must adapt to the changed cultural circumstance by finding a way "to live faithfully in a world in which we're going to be a moral exception." (It is this goal, Mohler says, that explains the passage of "religious liberty" laws to protect people who want to express their opposition to same-sex marriage or "transgenderism.")


Check out the picture of Mohler at the link; dude makes me look like a youngster.  Which is not a comment on his age (ageism!) so much as a comment on the undeniable fact he is being left behind by an ever-changing world.   And I gotta agree with Pastor Dan:  what the hell is "transgenderism"?  Another made up word that means "scary change I don't like!"?  The people who are scared of such changes have my sympathies; that doesn't mean they have my agreement.  The tough part about loving your enemies is that it isn't a recipe for transforming enemies into friends.  It's meant to transform you.  Whether people are your enemies or not is something you cannot change; how you treat them is what you are in control of.  Loving them doesn't change them; it changes you.  Which is what makes loving your enemies so hard; and so necessary.

It's that or turn into a dragon yourself.

But is Christianity going to be a moral exception in the world because it preaches that gays should not marry and transgendered person should not pee in public?  Or is it going to be a moral exception because it continues, after 2000 years, to still tell you to love your enemies and do good to those who persecute you?  Which moral position, after all, calls for a true effort at "living faithfully"?

And since when do Christians need "religious liberty" laws to protect them from their own desire to be bigots?

"The Bible makes claims about what is right and wrong, and those claims are often at odds with what everyday people believe," says Southern Baptist seminary student Joshua Van der Merwe, 24, of Louisville, during a break between conference sessions. "Christians are called to protest and to witness to what the Bible claims to be right and wrong."

Christianity teaches all manner of absurdities and impossibilities and contradictions.  Christianity challenges you; not the world.   Right and wrong?  Take that up with Job.  Or Jonah.  But don't take it to the world, because the first thing Christianity says to you is:  Who are you to judge?

And when you are allowed to judge, Matthew tells you to take it to your brother in private; and then to some friends, if need be; and finally to the whole community, if you have to.  You don't get to judge; the others do, and only as members of the same community; which, in any version of Christianity, is never the world.  There is nothing in all the letters and words and thoughts of the New Testament, or of the Hebrew Scriptures, that calls upon a Christian to stand in judgment of the world.

Christianity doesn't call me to judge the world; it calls me to be transformed in who I am in the world.  And that is a protest I can get behind; a protest against the world as it is in favor of the basiliea tou theou as explained by Scripture and scripture as explained by Walter Brueggemann.