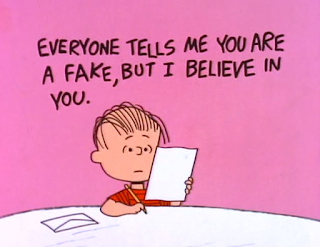 I know, I know, but two things: First,  remind me again why Bernie is deserving of the nomination of the Democratic Party?

The difference, however, is that Sanders and many of his hardest-core revolutionaries are not loyal to the Democratic Party.

"Generally, there's so-called unity because the candidates are not really that far apart. This time, there's a fundamental difference," said Jonathan Tasini, who ran unsuccessful primary challenge against then-Sen. Hillary Clinton in 2006. He now supports Sanders. "While people seem to think it's just a slogan, there is really a political revolution going on and this revolt is not going to stop after this election."


Which, let me say, is all well and good; but it strikes me as something similar to a small group worshipping in a church and then deciding they are entitled to determine how the church is run, how the worship is conducted, how the money the church raises is spent, even what the pastor preaches on (I do speak from personal experience here, in part).  Are they revolutionaries?  Or just assholes?

After all, Sanders' first successful political campaign came at expense of the incumbent Democratic mayor of Burlington, Vermont, whom he unseated in 1980. Democrats on the city council vociferously opposed the new mayor's agenda, until his allies defeated many of them, too.

Tensions were so high between Sanders and Vermont Democrats that when in 1984 he attended "a formal Democratic Party function for the first and last time time in my life," a woman slapped him across his face, he wrote to his autobiography.

Sanders continued running against Democrats until 1988, when he came in second in a three-way congressional race ahead of the Democrat. Two years later, he and the party struck a truce. Democrats cleared the way for him to win a congressional seat, and later one in the Senate, where he caucuses with and votes with the party to this day.

They say that in a crisis one's true feelings are known.  Howard Dean excuses his friend Bernie Sanders as a sore loser who had the cup of victory dashed from his lips (which reminds me of the Peanuts cartoon where Violet's father almost bowled a perfect game the night before.  He didn't, she explains to Charlie Brown, because he got so excited he blew the second frame.  Get a friend who understands bowling to explain it to you, if necessary.)  I'm not so sure Bernie is a sore loser, so much as he's reverting to his old ways under the pressure of the campaign.  He seems to think he's paid his dues in the Senate and now he's entitled to get something from the Party, by hook or by crook.  Or just by complaining.

On Tuesday night, after splitting the Kentucky and Oregon primaries with Clinton, Sanders said the party had to meet his demands, not the other way around.

"The Democratic Party is going to have to make a very, very profound and important decision. It can do the right thing and open its doors," he said. "Or, the other option, the other for the Democratic Party which I see as a very sad and tragic option is to, is to choose to maintain its status quo structure, remain dependent on big money campaign contributions and be a party with limited participation and limited energy."

Many of Sanders strongest supporters come from outside the ranks of registered Democrats, which explains explain why, until Tuesday night, he had only won primaries that allow independent voters to participate.

In the end, Sanders' supporter are free to vote for him; but they aren't free to rewrite the party rules so their preferred candidate can win.  They also aren't free to demand victory, or the right to take over the party.  Last I looked, over 3 million other party voters disagreed with them on the choice of candidate.  That kind of margin doesn't put you in control just because you like your ideas better.

Mr. Sanders’s irresponsibility is sadly unsurprising. He has stirred up populist energy over the past several months with anti-corporate scapegoating and extravagant claims about policy. He has indulged and encouraged hyperbolic feelings that the country is badly adrift, that most of the nation agrees with a left-wing agenda but is trapped in a corrupt system, and that nothing but a political revolution will do. He has attracted some big, passionate crowds. But as he has lagged in votes, he increasingly has questioned the legitimacy of the process and encouraged his supporters to feel disenfranchised. The result is a toxic mix of unreason, revolutionary fervor and perceived grievance.

Now, you know, at some point your opponent always displays a "toxic mix of unreason...and perceived grievance."  And I'm old enough to remember the "revolutionary fervor" of the '60's, which turned into the revolutionary groups (gone and almost forgotten) of the '70's (when bombings were so normal we shrugged at 'em.  No one told us they were "terrorist bombings" and we should be afraid, be very afraid.  No, really.  Those were the days.).  But what galls me is said well there: "He has indulged and encouraged hyperbolic feelings that the country is badly adrift, that most of the nation agrees with a left-wing agenda but is trapped in a corrupt system, and that nothing but a political revolution will do."  That kind of thing encourages a lot of foolishness, and not much benefit. The American people are not prevented from voting for Bernie Sanders; the problem for the Senator is that not enough people want to vote for him.  The system worked, and like the old saw about how God answers all prayers, this time the system (or God, in the bromide), said:  "No."  No, there won't be a political revolution, but also, there never was going to be a political revolution.  And that's where Bernie has gone completely off the rails.

There are no excuses, no reasons, no justifications left, especially if he has to do it this way:

“In the past three weeks voters in Indiana, West Virginia and Oregon respectfully disagreed with Secretary Clinton," communications director Michael Briggs said in a statement. "We expect voters in the remaining eight contests also will disagree. And with almost every national and state poll showing Sen. Sanders doing much, much better than Secretary Clinton against Donald Trump, it is clear that millions of Americans have growing doubts about the Clinton campaign.”


It's over.  Accept it.  Please to be going away now.  You really aren't ready for prime time, and you never will be now.