Where do ya go when ya gotta go? 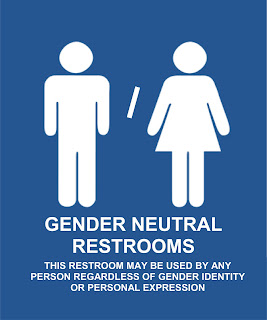 I'm beginning to think some of this problem is perceiving all men as predators:

That's the indicted Texas Attorney General Ken Paxton talking to FoxNews.*  Because, you know, that's what men do, just so they can get access to bathrooms, where people are coming in and going out all the time.  It's a perfect place for a sexual assault, right?  Because the only thing that keeps men from preying on women and children now, is how they identify with the sign on a door.

*not surprisingly this ignorance is a feature, not a bug; and is central to their lawsuit, which I'm beginning to think doesn't have a snowball's chance in hell, even in the 5th Circuit.  And, as that article points out, there have been more criminal charges brought against Ken Paxton than against any transgendered person who tried to excuse their entry into a bathroom so they could commit assault.