Looking for the handle 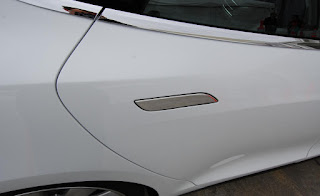 I didn't actually start this with this, but now that it's there, I will.  And rather than start where I did, I'll start by repeating a comment I left there:

Because if we make things simpler, they are easier to "handle" (a euphemism for "control"), and if things are easier to handle, then we have power over them.

And having power isn't everything, it's the only thing.

The answer to this (not surprisingly) is philosophy (or theology, but that's a narrower recourse I don't think is quite as universal, because making it universal weakens theology and forces it to be what it is not).  The "other" of phenomenology (French, mostly) is the key here, the idea of the "other" being not to objectify people who are not you into "things" you can control (i.e., handle).

Life, as my Pastoral Care teacher insisted, is messy.  We go wrong when we think religion, any more than science, is a method of control, and that control is the telos of understanding.


Maybe that will put this in context:

I'm just making note of incidents regarding uses of power, or the descriptions and/or justifications of same.  Something of an internet commonplace book, I suppose; except then I'd have to update this
post, and no doubt it will get lost in the sequence in time:

For the circle of leftists who surround him, being horrible online has become a kind of ethos. “Vulgarity is the language of the people … to wield righteously against the corrupt and the powerful,” Amber A’Lee Frost wrote recently in Current Affairs. A piece on Medium titled “In Support of Matt Bruenig” quoted that passage approvingly, adding,  “Bruenig, better than almost any contemporary writer, understands this power, and wields it unflinchingly.”


In context, "vulgarity" is mere rudeness (such as calling people you disagree with "old"), not employment of the 7 words you still can't say on TeeVee.  It's interesting to me that this is considered an exercise of power at all (maybe in the sandbox it is), but more interesting that power is so reduced by such claims.  Vulgarity is a "power...wield[ed]...unflinchingly"?

Really?  Then what is an automatic firearm?  Or the police power to arrest and detain?  Or the power to change hearts and minds?

It's interesting how we use that word, and what we mean when we use it.