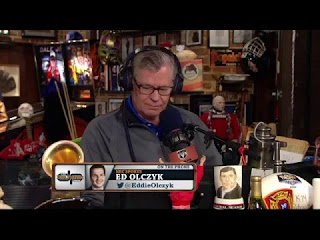 Once again, with feeling:  Dan Patrick can't do this.

In a news conference this morning, Texas Lieutenant Governor Dan Patrick responded to a letter the Obama administration sent to every public school district in the country, which tells schools to allow transgender students to use the bathroom and locker rooms that match their chosen gender identity.

The letter warned that schools that do not comply may face lawsuits or loss of federal aid.

"This will be the end of public education, if this prevails," Patrick said. "People will pull their kids out, homeschooling will explode, private schools will increase."

Patrick asserted that it should be up to individual school districts to accommodate students, and schools shouldn't be forced to obey a mandate from the federal government.

He said that he will direct superintendents in Texas not to obey the administration's request.

Patrick pointed out that Obama's threat about pulling funding from schools that do not comply is just that - a threat.

He added that even if the administration follows through and pulls funding, it wouldn't take effect right away, so that's why he's suggesting school administrators stay the course for the last few weeks of this school year.

Independent school districts are INDEPENDENT.  The Lite Guv. has no authority over them, except as a voting member of the Senate.  And he's being disingenuous to say public schools only get federal dollars for free lunches for poor students.  Student loans, PELL grants, etc., all affect public schools, too.  We call those public schools "universities," and Texas has a lot of them.  And yea, Dan Patrick thinks he can make this happen, and it's a good thing:

The result of forfeiting the $10 billion currently flowing from the U.S. government to schools and public universities in Texas could leave thousands of college students without a way to pay tuition, grind to a halt a majority of research taking place on the campuses, and leave low-income children without support for meals.


State colleges in Texas are more dependent than ever on the federal government, since the state government has cut appropriations year after year.   As Huffington Post noted:  "Experts widely believe most public colleges [in Texas] could not survive without federal funding."  Dan Patrick is a braying jackass.

Besides, people are already pulling their kids out of public schools when they can.  Public schools don't close because the enrollment goes down, and private schools don't open to take up the slack and any spare tax dollars laying around.  Parents who don't like Obama's directive under Title IX will have to find the wherewithal to afford private school, a private school that will accept their special snowflake, or the time and energy to homeschool.

Patrick has gone so far as to say Texas schools will just do without federal funds subject to Title IX.   Again: not his call.  He isn't the education czar for the state of Texas, and the idea he's going to find  the $10 billion Texas could lose is absolutely laughable.  As Lite Guv., all he really does is preside over the Senate.  He may rally his Senate loonies in the next session, but the House is, by comparison, much more pragmatic; and support for giving up $10 billion in federal education funding is not going to be all that popular in 2017.

Of course, if he keeps this up, it might energize the college age voters Bernie has been inspiring, and get them to turn out in Texas and vote against such stupidity for once.

So this is his 15 minutes on the national stage.  (And I do appreciate the White House telling Patrick to sit down and shut up.  Because honestly, if you can get beat down by CNN, your 15 minutes are over.)
Posted by Rmj at 8:31 PM