The Fish Always Rots from the Head 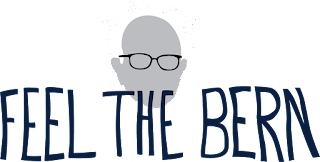 JMM finally has the scales fall from his eyes.

It's been obvious to me for some time that the animosity flowing from the Sanders campaign wasn't from outliers, as NPR continues to report this morning, but from the candidate down to his supporters.  This press release over the tempest in the teapot in Nevada proves it, although the pebble finally dropped for JMM when Sanders made a speech reaffirming that release.  However, any organization that releases an official communique can't then turn around and say the man in charge didn't know what was being said on his behalf.  Not if that man is running to be in charge of Executive branch of government.  So there was never a credible argument that Sanders wasn't fomenting this stuff; it's just that nobody really wanted to believe Grandpa was an asshole.

The crux of the fight in Nevada was that 58 Sanders delegates weren't seated for the state convention.  However, Clinton had won more delegates in the caucus than Sanders, and so was entitled to a majority of the delegates at the state convention.  But conventions are rather like the Senate and the House:  you can't vote if you aren't on the floor when the vote is called.  More Sanders delegates showed up than Clinton delegates for the state convention, and the Sanders campaign wanted to take advantage of that "no-show" rule.  Unfortunately, they couldn't, for reasons they conveniently leave out of their press release.  So now they complain they weren't able to gain an advantage over Clinton and reverse the "democratic" process of the caucus with...the rules.

So much for "transparency."  This is ugly, but not for the reasons Sanders wants it to be.  It's also petty, as Charlie Pierce was the first to point out.  4 more delegates for Sanders wouldn't even give him bragging rights at this point.  So why is he behaving like Nevada is the Reichstag fire?

And yes, I mean that comparison; I didn't choose it lightly.  As Marshall says:

Sanders narrative today has essentially been that he is political legitimacy. The Democratic party needs to realize that. This, as I said earlier, is the problem with lying to your supporters. Sanders is telling his supporters that he can still win, which he can't. He's suggesting that the win is being stolen by a corrupt establishment, an impression which will be validated when his phony prediction turns out not to be true. Lying like this sets you up for stuff like happened over the weekend in Nevada.

As Charlie Pierce said:  it's time for Sanders to go.

So TPM has a good summary of what happened in Nevada.  Jeff Weaver is saying no official on the stage at the convention "had the right to feel threatened," which is a new right I've frankly never heard of.   Here and Now ran some tape of Debbie Wasserman Schultz criticizing Sanders for condemning the violence "BUT" (her word and emphasis) excusing it in the same moment.   And it is her comment that brings me back to this subject, because she is absolutely right (and Angela Rye is wrong).  Violence is a line that cannot be erased.

This is the crux of Josh Marshall's critique, and of the critique at Wounded Bird:  violence is over the line, and "But" is only included to pivot from the inexcusable to excuses.  Go back to that press release, which is Wasserman Schultz's point of reference:

Our campaign of course believes in non-violent change and it goes without saying that I condemn any and all forms of violence, including the personal harassment of individuals. But, when we speak of violence, I should add here that months ago, during the Nevada campaign, shots were fired into my campaign office in Nevada and apartment housing complex my campaign staff lived in was broken into and ransacked.

What is that second sentence except "HE STARTED IT!"  This is not two children squabbling in the backseat of a car.  This is a campaign for the highest elected office in the land, and the official response of the campaign is to say they're only responding in kind to what's already happened to them? That justifies the violence in Nevada, or explains it?  Seriously?

And after that, it's because the process that the Sanders people hoped to subvert, bringing more delegates to the state convention than Clinton did so Sanders could win more delegates in the final selection process, was not "fair and transparent."  But, as I said, they leave out why 56 delegates were not credentialed, which is another subtle excuse for the violence at the convention, which they don't really condemn even as Jeff Weaver tries to deny it ever happened.   In the end, I still don't know if there was any violence aside from shouting down Barbara Boxer (who felt threatened, though I'm sure Jeff Weaver thinks she had no right to), but I agree with Jon Ralston, who was there:

This is an M.O that comes from the top: We are pure; you are not. You are with us or you are corrupt Establishment criminals. If you challenge us, we will call you names, bully you, threaten you.

This is not all Bernie Sanders supporters. In fact, it’s a minority; many truly believe in the cause, in income inequality destroying the fabric of America, in universal health care being a universal right, in all of it. Fine.

But there were no great policy debates on the floor of that convention; they weren’t even debating emails servers or Wall Street transcripts. This was raw fury, nasty enough this weekend in Las Vegas to disrupt a convention in the name of … what? What is the endgame here?

Take over a state party that may be the best in America? Stop Hillary Clinton from winning the nomination? Make a lot of noise, eat a lot of pizza and look down on everyone?

These are small-picture people. Instead of accepting the plain facts that Clinton won the caucus and out-hustled Sanders at the state convention, they want to talk about arcane rules being imposed, whether chairs were really thrown and if anyone should make a fuss out of chalk on walls and sidewalks (even if the messages were hateful).

These are people who think it’s fine to scream obscenities at a sitting U.S. senator, Barbara Boxer, believe it’s part of their First Amendment rights to call a state party chair corrupt and who insist they are cheated out of something that was never theirs. If this is the Sanders revolution, give me the Establishment.

2nd and Final Update:  Howard Dean told NPR tonight that Sanders is (essentially) a sore loser.  But he sympathized, since Sanders almost won the nomination and almost won the Presidency.  Except, well, yeah, Sanders got further than almost anyone expected; but he's never had the lead in the primary race, and he's no closer to being President than he was when he announced his candidacy.

So either Dean just went too far in defense of a friend, or it's something in the water.  Either way, Sanders needs to withdraw from the race for his own reputation, if nothing else.  Sore losers do not make inspiring leaders.