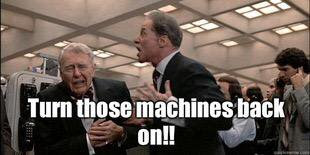 One of the favorite tropes of the more insane Sanders supporters is that the media is promoting a narrative that favors Clinton.  You know, like the new poll from California that shows Sanders and Clinton tied for the primary race (the margin of error is 5-7%).

Then again, the 538 analysis is not driving the narrative.