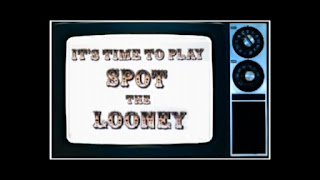 Honestly, can we just declare the GOP a rump and insane third party now?

But New Hampshire state Rep. Al Baldasaro, a Republican who co-chairs Trump's national veterans' coalition, stressed that he was not saying someone should assassinate Clinton.

"The liberal media took what I said and went against the law and the Constitution and ran with it, and they said that I wanted her assassinated, which I never did," [New Hampshire State Rep. and advisor to Donald Trump Al] Baldasaro told The Republican/MassLive.com. "I said I spoke as a veteran, and she should be shot in a firing squad for treason."
....
Baldasaro said his comments were in accordance with U.S. law establishing the death penalty for treason. He suggested that Clinton's use of a private email server could be considered treasonous.

"That's aiding and abetting the enemy by those emails on letting (out) names of Secret Service special agents, our veterans, on those emails," Baldasaro said.

Asked if he was concerned about the impact of his rhetoric on someone who might take it upon themselves to act violently, Baldasaro said, "No. ... Americans are better than that."

"What you in the liberal media consider rhetoric, I consider freedom of speech," Baldasaro said.

Baldasaro said if people are worried about the impact of him talking about the law on treason, "Maybe they need to take it off the books if they're that worried." He compared it to someone saying a person who killed a police officer should get the death penalty, which is the law in New Hampshire.

Asked whether he had spoken to Trump about his views, Baldasaro said he had. "Donald Trump, he might not agree on the way I said it, but I said it as a veteran," Baldasaro said.

Baldasaro said the law is "in black and white."

"If people are that stupid and don't understand, that's not my fault," he said.


The "law on treason" is based on Article III, sec. 3 of the Constitution, which cannot be altered save by amendment:

Treason against the United States, shall consist only in levying war against them, or in adhering to their enemies, giving them aid and comfort. No person shall be convicted of treason unless on the testimony of two witnesses to the same overt act, or on confession in open court.

The Congress shall have power to declare the punishment of treason, but no attainder of treason shall work corruption of blood, or forfeiture except during the life of the person attainted.


The Court has held that the provision requires the nation to be at war for there to be an enemy to which aid and comfort is given.  That is the law "in black and white."  If Rep. Baldoraso doesn't understand that, it's not my fault.

“We’ve got an un-indicted felon as his opponent and you’re talking about Khan, about him making a remark about this man,” he said. [Un-indicted felon?  Wouldn't that be all of us?  I mean, if you have a particularly authoritarian view of government, at least.]

“All right, I don’t care if he’s a Gold Star parent," he continued. "He certainly doesn’t deserve that title, OK, if he’s as anti-American as he’s illustrated in his speeches and in his discussion. I mean, if he’s a member of the Muslim Brotherhood or supporting, you know, the ISIS-type of attitude against America, there’s no reason for Donald Trump to have to honor this man.”

Paladino, who made a failed bid for governor of New York in 2010, went on to say that he does not feel that Trump should change his rhetoric in any way and that no one can be sure that President Obama is not a Muslim.

'Wait, wait wait," he said. 'How do you know that's not true?! That's not fair, Connell! You've formed a conclusion about a man because he's told you that."

"This is a ridiculous talk," McShane said.