I know you are, but what am I?

Just watched recap of #CrookedHillary's speech. Very short and lies. She is the only one fear-mongering!
— Donald J. Trump (@realDonaldTrump) August 25, 2016


Hillary Clinton's short speech is pandering to the worst instincts in our society. She should be ashamed of herself!
— Donald J. Trump (@realDonaldTrump) August 25, 2016


I am so ready for the school year to begin, so I can be busy again....

And before we all go to bed:

Hillary Clinton only knows how to make a speech when it is a hit on me. No policy, and always very short (stamina). Media gives her a pass!
— Donald J. Trump (@realDonaldTrump) August 26, 2016


I guess that means he recognizes it was a good speech, as some people say.  As for stamina, I want to see him go 11 hours before a very hostile Congressional committee.  (Trump, of course, is dog-whistling the alt-right meme that Hillary is actually very ill and incapable of going the job of POTUS.) 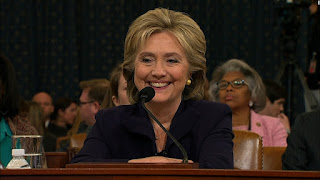 
You know, that Robert Byrd/KKK meme is so old it has grandchildren.  Who writes his stuff?

(And Charlie Pierce is right, the horsemen are out of the barn.  But I don't blame the media for normalizing Trump; I blame the GOP.)