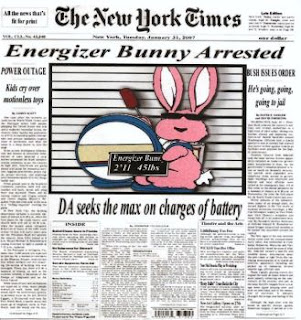 It's kind of worth archiving, in a sense.

The banner on Donald Trump's Twitter account is a campaign ad for Trump/Pence making America great again.  Apparently this is how they will do that:

Mr. Khan, who does not know me, viciously attacked me from the stage of the DNC and is now all over T.V. doing the same - Nice!
— Donald J. Trump (@realDonaldTrump) August 1, 2016


This is at the top as I write, just above the one just above:

This story is not about Mr. Khan, who is all over the place doing interviews, but rather RADICAL ISLAMIC TERRORISM and the U.S. Get smart!
— Donald J. Trump (@realDonaldTrump) August 1, 2016

Note these were posted Monday morning, 24 hours after the Sunday talk shows and the WaPo editorial by Khan's wife.

NPR this morning was reporting on Hillary going into "Trump Country" to campaign, and about Donald Trump fighting with Khazir Khan.  I know Trump is running on the "any publicity is good publicity" platform, but I think this is the point where that strategy stops working for him.

And no, I have no idea what Mr. Khan or his son, or his wife, have to do with "Radical Islamic Terrorism."  But with any luck that phrase will lose its talismanic import before this is done.