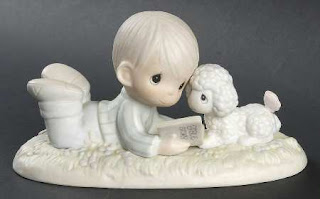 This is not terribly surprising:

The 2016 US presidential nominee Donald Trump has broken with the policies of previous Republican Party presidents on trade, immigration, and war, in favor of a more nationalist and populist platform. Using detailed Gallup survey data for a large number of American adults, I analyze the individual and geographic factors that predict a higher probability of viewing Trump favorably and contrast the results with those found for other candidates. The results show mixed evidence that economic distress has motivated Trump support. His supporters are less educated and more likely to work in blue collar occupations, but they earn relative high household incomes, and living in areas more exposed to trade or immigration does not increase Trump support. There is stronger evidence that racial isolation and less strictly economic measures of social status, namely health and intergenerational mobility, are robustly predictive of more favorable views toward Trump, and these factors predict support for him but not other Republican presidential candidates.

First, when you hear pundits and people with platforms (newspaper columns, microphones, TV cameras) tell you there is "unease" in the nation, and "anger," and it is all coming from disaffected white people, stop and take stock of who is saying this, and why.  Odds are these people, be they David Brooks or E.J. Dionne, don't know any such people at all, and finding a handful somewhere in the country, think they've discovered representative voters for the entire country; or at least the region.  I caught a segment of one of the Sunday morning talk shows recently, where they interviewed 4 voters in Pennsylvania, and from that sampling the story concluded that the state was a battleground that might well go to Trump.

According to 538.com, the last time Clinton and Trump were within 5 points of each other in Pennsylvania was July 30.   Currently they place the odds of Clinton winning PA at 89.3%.  Clinton has never trailed Trump in Pennsylvania.   But four voters!  Surely a revelation is at hand!

So TV reporters talk to four people and sense a statewide trend.  Pundits and pooh-bahs consult a handful of voters (if they do at all; E.J. Dionne mentioned talking to voters recently somewhere in the country; David Brooks, to my knowledge, hasn't made that claim in years;  I suppose Thomas Friedman is still canvassing cabbies when they drive him around) and consult the entrails of the prevailing narrative and, voila!, they know why Trump is winning (even though he isn't, and hasn't been since the conventions ended).

The narrative, of course, is anger.  Funny anger only translates into political disruption when it is white anger; black anger simply boils over into violence and intemperance (an attitude you can trace back to Kennedy; not as its originator, but as a matter of history.  Kennedy walked on eggshells in his administration, trying not to anger the South (and so lose a Democratic electoral stronghold), but also not to stand with the racists.  He generally bowed to the racists, however, simply by not firmly enough backing the civil rights activists, and he deeply resented their tactics, even if they were non-violent.  The violence of Bull Connor bailed Kennedy out, but it was the bravery of LBJ that carried the day in Congress.).  We still think of "black anger" as dangerous, and white anger as simply a change in the tides of the political seas the ship of state sails upon, perhaps even a righteous rebuke to the course the ship has been sailing.  Black anger is the mutiny of the crew in the engine room.  So if there is black anger, it is seen in the Black Lives Matter movement, and that movement is more criticized than praised (not unlike the treatment of Dr. King and John Lewis, two men we lionize today, now that the threat to the status quo they championed is long past.) Black anger scares us; it may upset the ship of state altogether.  White anger, on the other hand, is understandable; perhaps even righteous; and while we don't know anyone involved in it (any more than we may understand, truly, the problems of being black in America), we find it easy to make up stories about it.  Stories that don't really have anything to do with reality.

According to this new analysis, those who view Trump favorably have not been disproportionately affected by foreign trade or immigration, compared with people with unfavorable views of the Republican presidential nominee. The results suggest that his supporters, on average, do not have lower incomes than other Americans, nor are they more likely to be unemployed.

Yet while Trump's supporters might be comparatively well off themselves, they come from places where their neighbors endure other forms of hardship. In their communities, white residents are dying younger, and it is harder for young people who grow up poor to get ahead.


Which is not to say Trump is addressing what ails them:

To sum up the findings:  income is not a negative factor among Trump supporters.  In fact, wealthy Republicans tend to support Trump more than lower income Republicans.  People affected by trade, such as areas where manufacturing as fallen off or disappeared, don't support Trump.  And people who live in racially and culturally homogenous neighborhoods, support Trump.

This isn't really surprising.  Trump supporters, per this study, tend to be people with money, living among people like them, and seeing opportunities diminish (but not yet vanished).  They like Trump because he is rich, he is white like them, he says racist things they like to hear, and he promises to take them back to the future (even David Brooks said Trump's economic speech sounded like he wanted to solve the problems of 1973).  In other words, people not exposed to the vagaries of the world, not living in diverse neighborhoods where they hear strange accents and see faces that don't look like their own, and fearing a future that doesn't look like their past, are afraid of what they aren't experiencing.  They fear what they see on TV.  They fear the world they aren't a part of.  They fear what is beyond the walls, physical or simply conceptual, that they have labored to build.

I've found the strongest sentiments against Mexican immigration and for "border security" in Texas general come from people living north of a line running roughly from Houston across the state to El Paso.  Below that line, especially down to the Valley and out to Big Bend, Texas is culturally Mexico, and people are quite comfortable with that (you get the best Tex-Mex there, too.  Trust me, Tex-Mex up north, around Dallas, isn't fit to feed a dog.)  People north of that line tend to be quite fearful of Mexico and immigrants and a brown planet in general.  They are close enough to it to be afraid, far enough from it to be ignorant, and that breeds terror.  Some of the most insane anti-immigrant statements I've ever heard from the Texas Lege came from a State Rep. from The Woodlands (yes, "The" is party of the city's name), a wealthy white enclave in north Houston; just far enough north of the "line" to be aware of the cultural differences, and to be terrified by them.  The border, and the 'other' that comes across it, is very, very scary if it's more symbol than reality.

That the prevailing narrative is wrong isn't really a surprise.  After all, dire economic conditions are supposed to be the fuel for recruits to ISIS; but poor people can't afford plane tickets from Europe or America to Syria.  That's why the refugees are walking to Germany, rather than flying Lufthansa.  Kids who decide ISIS is cool, or even who decide shooting people in America in the name of Islam/ISIS is a good idea, don't tend to live in ghettoes.  The "terrorists" who have been "radicalized" lately all have stockpiles of ammunition and weapons.  Have you priced guns lately?  Unlike flat-screen TV's, they aren't exactly dropping in price.  And the kids who disappeared on Daddy's credit card to buy a flight to Damascus?  You can't do that when you're living in poverty, in Paris or in Poughkeepsie.  But our prevailing narrative is that people with money are happy; it's the poor who are most likely to attack the status quo, to seek to radically disrupt the social order.

We love stories because we get to tell them.