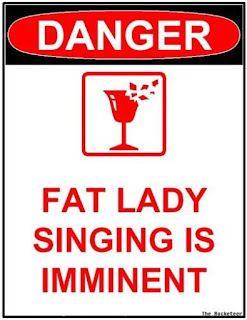 I say it, the NYT reports it a few weeks later.  Coincidence?

Voting actually starts in less than six weeks, on Sept. 23 in Minnesota and South Dakota, the first of some 35 states and the District of Columbia that allow people to cast ballots at polling sites or by email before Nov. 8. Iowa is expected to have ballots ready by the end of September, as are Illinois and two other states.

The electoral battlegrounds of Arizona and Ohio are to begin voting on Oct. 12, nearly four weeks before Election Day. And North Carolina and Florida will be underway before Halloween.

Early voting has become a critical, even decisive factor in presidential elections: President Obama was sufficiently ahead in the early vote in Iowa and Nevada in 2012 that his campaign shifted resources from those states to others, according to former advisers, who also credited enthusiastic early voting in 2008 for his victory in North Carolina and elsewhere.

I didn't realize voting started as early as September 23; that resets the calendar considerably.  Besides, Trump has no ground game (the candidate himself said he doesn't need a GOTV effort), and they are banking on his performance in the debates.  Which is downright funny, because Clinton is going to clean his clock by just letting Donald be Donald.

I can't think of anything more motivating to keep that clown away from the Oval Office.

Besides, even if Trump does have a "win" in a debate:

“I don’t know if Trump has a great debate or gets a spike in support after it,” said Mr. Murphy, the Republican strategist, “but he certainly doesn’t have the machinery to take advantage of it by getting those people to the polls.”


Oh, well, there's always the electoral machines and that gizmo you can get at Best Buy for $15. (although apparently only Democrats and Trump opponents can use it!) 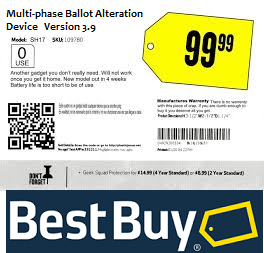