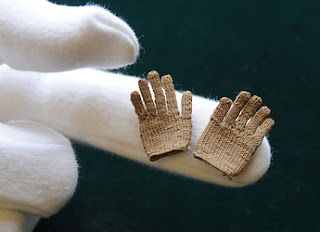 I thought he was going to remove them  to take on Hillary.

At the end of a hectic day, the gloves finally came off:

“It’s a very big subject for me. And border security’s very big. And when you have radical Islamic terrorists probably all over the place, we’re allowing them to come in by the thousands and thousands. And I think that’s what bothered Mr. Khan more than anything else.”

You know those pictures where you're supposed to find what's wrong in them?  How many lies can you count in those four sentences?  "Probably all over the place" and "coming in by the thousands and thousands."  Is it true?  Who cares?  Be afraid!  Be very afraid!

And Elliot Hannon sums it up nicely:

It took four days from the night Khizr addressed the Democratic National Convention for Trump to arrive at explicitly saying Khan is a terrorist sympathizer, which somehow resembles restraint when it comes to Trump. Some Republicans have condemned Trump’s previous remarks. All that’s left for the Republican nominee for President of the United States to fully disgrace himself is for Trump to directly accuse Khizr Khan of being a terrorist. "Some people are saying..." It seems like only a matter of time.

Because how else is Trump supposed to respond?  I mean, Mr. Khan has been saying not nice things about Trump; in public! 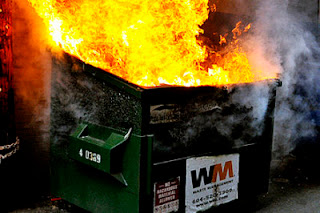