The Funny Thing Is 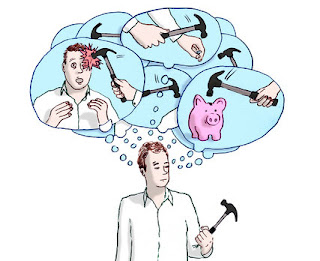 I'm old enough to remember when the internet was going to make us all members of a global village. I even remember my astonishment at reading an article in an Irish newspaper about a woman who lived her life on the "Catholic" side of Belfast, and when that line finally stopped being a Maginot Line she crossed at her peril, she was astonished to find out Protestants lived much as she did.  From her childhood experiences and what adults had told her, she practically expected them to be aliens from another planet.  She had so ingrained this idea she was shocked to learn they were just like her, but even the slight differences in how they lived made them strange, and she had to examine her expectations to relinquish them.

It was, to me, a stunning insight, and one I got to share in "real time," thanks to the internet.  Thanks to the writer's intelligent and sensitive insights, I saw Irish history through her eyes, and understood for once what had been going on in a part of the world I realized I only knew through my American perspective.

This article on "Big Data" and what it calls "Dataism" makes several cultural errors, starting with the idea that religion explained it all to us until Rousseau came along.  I'm not going to argue against the broad brush assumptions (it's a magazine article, not a scholarly treatise), I only want to point out the people in Asia and Africa and the Pacific Islands (i.e., non-Europeans or their cultural descendants) would look at that summation of human history and say:  "Huh?"

It's the sort of inverse of the old joke about the Lone Ranger and Tonto, the one that ends with "What you mean 'we,' white man?"

Not to mention, as one commenter does (and it is worth quoting):

But there are around 1 billion people in the world who don't have access to electricity.

There are another several billion who don't have access to computers.

Doubtless this will change over time--but partly because these people are increasingly moving to rich countries to get at least a few crumbs from the tables of the rich world.

The French created the philosophy of structuralism to try to undo some of the cultural chauvinism of their own efforts at anthropology (where cultures were inevitably "graded" on a Western scale of values, and usually weighed and found wanting).  Deconstructionism came along to challenge some of the assumptions still inherent in structuralism that still skewed the view toward the preferences of those doing the evaluating (i.e., the ones with the power).  Niebuhr caught on to this problem of power as well, analyzing it from what seemed old fashioned notions of evil and human fallibility, i.e., "original sin."

Even in the era of "Big Data" and the "global village," it seems clear we're going to continue to make the same fundamental errors again and again.