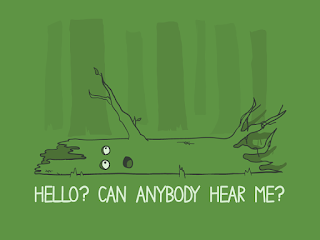 I'm quoting the tweets, but I get them from TPM:


Trump is setting a distressing precedent today. He's traveling to Mexico. His traveling press has not been invited along. We're in Phoenix.
— Jill Colvin (@colvinj) August 31, 2016

Trump's traveling press corps will not be with him in Mexico. That's unusual/unprecedented for a nominee taking a foreign trip...
— Robert Costa (@costareports) August 31, 2016

Likely only reporters will get mad about this, but everyone should. Sets a terrible precedent for transparency. https://t.co/DsXLHj3CV7
— Garrett Haake (@GarrettHaake) August 31, 2016


The thing is:  if it doesn't happen in front of the camera, it doesn't happen.  "Pics or it didn't happen," as the internet demands.  So without the press to report on it, of what importance is the trip?  I'm not being cynical, I'm being serious.  The only reason we know Donald Trump's name is because of the press.  If he wants to go off the reservation and leave the press at the border, so be it.  I don't think it's a "disturbing precedent."  I think it's a fine example of what a fool Donald Trump is.  I don't care if it's unprecedented, just as I don't get why reporters would be mad about it.  Don't get mad, get even.  You control the access to the airwaves; use that control.  Trump shuts you out:  you shut him out.

Actually, he has already shut himself out.  Maybe he'll to go Mexico and score a truly diplomatic win for his campaign.

Too bad there's nobody there to report on it.....(since we know the foreign press, even when its our Cousins across the Pond, is never to be trusted).