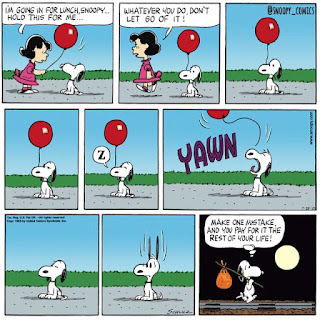 There is something of a cause celebre over the case of Nate Parker and an alleged rape in 1999.  I write "alleged" because Parker was acquitted of the crime in a jury trial, but the issue has resurfaced with enough vehemence to cause the American Film Institute to cancel a screening of Parker's new film "Birth of a Nation." (Salon now has a banner headline announcing it will discuss the 17 year old trial today.  A true discussion among solons and serious legal experts, I'm sure.)

I don't care about the film, or Mr. Parker.  What interests me is the ancient question of power:  Cui bono?

This contretemps hinges on the idea of rape victims being "survivors."  It's a curious use of the word, since "survivor" usually refers to someone who has evaded death.  The young boy in the ambulance in Syria is a survivor.  Someone whose cancer treatment defeats the cancer is a survivor.  Victims of crime are now survivors.  Well, victims of certain crimes.

It's a curious locution, and it raises the question:  Cui bono?  Here is a statement on the status of Nate Parker by Wagatwe Sara Wanjuki, co-founder of Survivors Eradicating Rape Culture:

“Nate Parker’s case is a really great example of what happens when colleges fail to hold assailants accountable. Assailants go out into the world with the implicit condonation of their actions because they get away with it while survivors continue to suffer,” said Wanjuki in a Facebook private message. “Penn State’s role in this must not be ignored — they had signs that they did not properly handle sexual abuse before the [Jerry] Sandusky coverup came to light. This is what happens when institutions don’t care about doing the right thing; they assist in creating a world where rapists and sex abusers thrive.”


I don't have a problem with the concept of "rape culture," although it's an ambiguous term and one meant to assert power in new ways.  It's the assertion of power, in fact, that concerns me.  Lord Acton was right, but too ambiguous:  Power does corrupt, and absolute power does corrupt absolutely.  So in a fight for power, we always have to ask the base question:  Cui bono?

Now, there are two things going on in that assertion by Ms. Wanjuki:  one is that the college had to hold Nate Parker responsible for his actions even while the criminal courts found him not guilty of the charge of rape.  That's a curious attitude about accountability and the legal system.  Conflating his actions with those of Jerry Sandusky is understandable, but not really logically tenable.  Perhaps Penn State did create an environment where "rapists and sex abusers thrive."  But where was the environment created:  in the athletic department, or on the whole campus?  We have evidence for the former, but not for the latter.  And besides, Mr. Parker is not a rapist.  A court of law said so.

Like the appellation of rape victims as "survivors," the question applies:  cui bono?  I heard a woman argue this idea on a radio interview recently, and all I could think was, it gave her power to label women as survivors.  It gave her power in the world (she was being interviewed on the radio; I wasn't.  I've had positions of responsibility, as a teacher, a pastor, a lawyer; nobody has ever interviewed me for any reason).  It gave her power over the women she said were "survivors."  Power to prolong their memories of their assaults ("rape" is a charged word in this context, I'm simply trying to be a bit more neutral), power to define them as she thinks they should be defined, power to tell them how to feel about themselves, now and until their dying day.

I've lived long enough to learn that nothing defines you unless you let it; that no event in your past is definitive unless you insist that it is.  And when people want to tell you what you are, want to insist that you are this category now and forever, they do not have your best interests at heart.  Cui bono?  They do, because naming puts them in control of you.

So we will name Nate Parker a rapist, and control him to the end of his days.  We will name O.J. Simpson and George Zimmerman murderers, and feel good about doing so.  We will name rape victims "survivors." and make that terrible event the defining event of their lives.  Oddly enough, today, even people who have been treated for cancer and lived don't like being called "survivors," because cancer wasn't the defining event of their lives.  I know "victims" has become a problematic word in our modern vocabularies; but "survivor" is a term that brings many of it's own problems along with it.

And yes, having followed the trials of O.J. Simpson and George Zimmerman, I am convinced Simpson killed his wife and her lover (although I still can't figure out how he committed such a bloody crime and left only two drops of blood, his own, IIRC, in his Bronco), and I know Zimmerman was not convicted only because of Florida's "Stand Your Ground" law, which is an offense to civil order and the whole concept of criminal law.  But still, they were acquitted by a court of law; and I should show more respect to that decision.  If I hold them guilty in my mind, how can I say Nate Parker is innocent, or at least not guilty?  We have a problem with reconciling what our legal system says, with what we want to believe.  But just as being a rape "survivor" locks you into that event for the rest of your life (one more reason cancer "survivors" prefer not to be called "cancer survivors"), should we hold Nate Parker accountable for what he did, or didn't do, 17 years ago?

Is Snoopy right?  Is there no balm in Gilead?  And if there isn't:  cui bono?