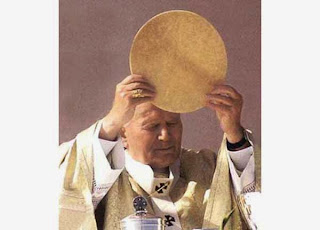 In one sense, it is exactly because of the loss of a unified religious authority that there is a sort of rebirth of religiosity.  Real religiosity relies on secularization because religion is no longer single or uniform and there is no longer a central religious authority.  On the other hand, secularization and the new religiosity are also related by a sort of therapeutic connection because if I am ready to accept literally the return of religion in Italy, I would say that this religiosity tends again to be a sort of resecularized religiosity--that is, a religiosity that lives only as a consequence of secularization.  For example, John Paul II made great use of the media, his message was communicated via television, and, as his death showed so well, he was a legitimate global media star.  There is a sort of false universalism promoted by the media, which is very contradictory.  People are more interested in the religious show than they are in religious engagement.

One of my favorite examples of this comes from the Roman Catholic Church's celebration of the Year of the Jubilee in 2000.  Many young people came to Rome to see and hear from the pope.  This was perceived by many as an example of the rise of religiosity among today's youth.  But, after they had left and when it came time to clean up the area where the youth had spent the night, they found three hundred thousand condoms.

Elsewhere in this dialogue Vattimo notes the Church of Rome would prefer a return to the Middle Ages when it was the absolute power in Europe.  But anyone who has read Chaucer knows that, if medieval Europe could have gathered 300,000 youth and provided them with condoms, there would have been just as many condoms left behind in any mass pilgrimage to Canterbury or to Rome.  And my church history professor told of people racing from church to church in medieval Europe to catch the epiclesis, the moment the priest raises the elements of the Mass and blesses them, and they become the body and blood of Christ, revealing the true presence of God.  It was commonly thought that to look upon this glory of God would leave one struck dead, but as churches ran without a central time system, and so had services at different times on a Sunday morning, there were people who raced from church to church to catch just this moment, hoping to see God.

I'm not sure how much religiosity either Chaucer's pilgrims and their stories, or that bit of historical lore, reveals.

Same as it ever was, in other words.  We return, as ever, to gone away.