Spare the rod and spoil the society 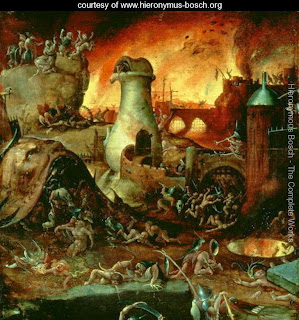 Just trying to think semi-rationally about this, but if you take this question (and ignore the fact we, a-historic peoples that we are, keep reinventing the wheel*):

Perhaps the most important question is the most basic: Why have American reformers repeatedly invested such high hopes in these instruments of control despite their track record of mixed results at best? What assumptions about human nature, individual psycholog y, organizational sociolog y, teachers, and students underlie these repeated efforts to “rationalize” schooling ? Politically, why have the recent movements triumphed despite the resistance of the strongest interest group in the arena, the teachers unions? Why do these movements draw support from both liberals and conservatives? In the most recent movement, why did a Republican president push for the most powerful version of this vision and in so doing buck the traditions of his own party and create the greatest expansion of the federal role in education in the country’s history? What have been the consequences of these rationalizing movements, not just for test scores, but for the teaching profession, for educational and social justice, and for the shape of the educational enterprise as a whole? And finally, if not rationalization of schools, then what? Is there an alternative that is more likely to yield the results that we seek?

And attach to it the fact we love 'top-down' answers in America (although we say we hate them), which is why we have more people incarcerated per capita than any country on earth (or is North Korea ahead of us?).  We love, in brief, punishment.  We love to lead, not with the carrot, but with the stick.

Which is why we are all so happy to blister the hide off Josh Dugger, rather than consider the strange cult-like family he was raised in could be the source of most of his problems (well, he doesn't fall into any category of "oppressed," so we must hate him, right?)


Although TLC goes to great lengths to mask this fact, the Duggar family is a cult. They forbid their children from exploring outside ideas and expression, carefully monitoring every word and image they are exposed to. They forbid them from wearing shorts. They homeschool them in order to indoctrinate them with backward beliefs. They refuse to let their adult daughters kiss or hold hands before marriage and demand to read every text between their daughters and their suitors. They adhere to a fringe Christian movement called the “Christian patriarchy,” which commands total female submission to men and limited education for women. The Duggars do everything they can to control their children’s minds, then brainwash them with misogynistic dogma.

Which won't excuse you from criminal liability for acting on that dogma (ask Patty Hearst); but it does make you want to reconsider the vitriol directed at Mr. Dugger.


Would you want to send your son or daughter off to study at a university founded and long administered by someone who had opposed Martin Luther King, the desegregation of public schools, the Roe v. Wade Supreme Court ruling legalizing abortion; had wanted the United States to expand, not end, the war in Vietnam; had supported apartheid, fought legislation forbidding discrimination against gays, spouted anti-Semitic rhetoric, and had voiced the opinion that the Anti-Christ walks among us as a Jewish male; had thought Chief Justice John Roberts not conservative enough, and, to top it off, showed de facto sympathy for al-Qaida by blaming Americans – especially gay and feminist Americans – for 9/11?


It's pretty much the universal way of the internet:  if you don't condemn something, then you condone it.  Hate the sinner and the sin, or you aren't doing it right.  Which may explain why the majority of Americans refrain from voting at all, or bother only once every four years if there is a POTUS candidate inspiring and charismatic enough to stir their interest.  And why the two political parties we allow to exist are so polarized, or seem to be (even though it's still money that matters, in the end.  Ted Cruz is never going to try to slay that golden goose, even if he speaks hardly of it from time to time).

Our public discourse tells us we must hate the poor, or the rich, or the right wing, or the left wing, or the police, or the "gangs," or the "thugs," or the criminals; or anyone who disagrees with us.  We must not only hate them, we must expunge them from the community:  criminals to jail, the religious to expulsion (only the removal of all religious persons from the planet will satisfy Jeffrey Tayler); all who do not think as "we" do to purdah; and only by doing so can we ever hope to attain paradise, or at least secure "life, liberty, and the pursuit of happiness."  Which pursuit, more and more, seems to rest on who we can punish.

So we will punish the Duggers for their hypocrisy, and make Josh Dugger the whipping boy for our disdain.  We will excoriate those who don't call the bikers in Waco "thugs," and demand all speech about any new story containing violence expunge certain words when non-whites are a factor, and include those words only when whites almost exclusively are involved.  We will insist that all Muslims are crazed fanatics bent on our elimination, even as Muslims go about their lives among us unnoticed, wishing only to live and let live.  We will impose our ideas of "Them" upon "them," whoever "they" are, and we will not rest until our fear of them is dissipated.

The future scares us, so we blame the teachers who are supposed to prepare our children to be adults in the world we cannot imagine.  We blame the teachers, so we punish them:  everything they do is wrong, no matter what they do.  One teacher praised for "excellence" means the rest are terrible and damaging and must be punished.  One problem in any school system anywhere means they all are failing and we must punish them all with new solutions that will once and for all! fix these dreadful problems these dreadful people make, problems that can only be solved by Bill Gates or Michelle Rhee or Arne Duncan, problems that can only be solved by One Solution which will Fit All!

Just as more severe punishments and more people in jail will fix the crime problem in America, and one POTUS or Congress will finally solve all the problems we face so we can get back to worrying about what to eat for dinner.

And funny, if you read the Salon article, how much of this has to do with "science."  Or maybe it's the  perversion of science?  I don't know about that, anymore.  I'm quite willing to accept the responsibility Christianity bears for anti-semitism in Europe, up to and through the Holocaust.  It's buried in the gospel accounts where groups of followers of Jesus of Nazareth were careful to blame the powerless Jews rather than the too-powerful Romans for the crucifixion, so they didn't suffer the same fate for the same perceived sedition.  It may be there would have been anti-Jewish feelings in Europe without Christianity, but it was certainly there because of it.  It was a perversion of a message taught by a Jew, the son of a Jewish mother, herself venerated by Christianity.  How can we say it isn't?

That doesn't make Christianity less responsible for its creations than science is for nuclear weapons or poison gas or all the weapons of "efficient" killing brought to bear since the Industrial Revolution.

When we start down that road then the Prince of Verona in Shakespeare's most famous love story is right, and "All are punish'd."

And why must people be punished?  Because otherwise they will be soft; and there is nothing Americans hate more than "softness":

Each of these movements [to reform education] has been justified on the grounds that it would bring objective data to a “soft” and undisciplined field and standardization to a highly variable social landscape.

To dwell on that issue a moment, in America teaching is "soft."  "Those who can't do, teach," we say.  Teachers should be smart?  "If you're so smart, how come you're not rich?"  Founded by some of the leading intellectuals of the age, our nation now speaks of intellectuals as "eggheads" and "brainiacs," if we speak of them at all.  A few college professors are wildly overpaid, usually by sitting in chairs funded by industry, and so all college professors are rich, indolent, and contribute nothing to society.  Why, they don't even "get their hands dirty."

The people we draw into teaching are less than our most talented; we give them short or nonexistent training and equip them with little relevant knowledge; we send many of them to schools afflicted by high levels of poverty and segregation; and when they don’t deliver the results we seek, we increase external pressure and accountability, hoping that we can do on the back end what we failed to create on the front end.

This largely historical analysis dovetails with an emerging body of international research on the countries that are far ahead of us on respected international assessments, particularly the Programme for International Student Assessment (PISA). Countries (or national subdivisions) that lead the PISA, including Singapore, Shanghai, Canada, Finland, South Korea, and Japan, very broadly share a model one could see as the inverse of ours: they draw teachers from among their most talented people, prepare them extensively and with close attention to practice, put them in schools buffered from some of the effects of poverty by social welfare supports, and give them time while in school to collaborate to develop and improve their skills. In some cases, as in Finland, such practices largely obviate the need for testing and external accountability, because selection and preparation on the front end makes extensive monitoring on the back end unnecessary. While the United States remains the world leader in assessments and accountability, Finland and Shanghai are the leaders in student performance, and they get there in an entirely different way.


Barack Obama continued the "reforms" of W., which is why Arne Duncan is still Secretary of Education 6 years later.  Bush and Obama are both the products of private schools, where teachers are generally more talented (you get what you pay for), and are in school buffered from most of the effect of poverty, and given time to develop and improve their skills, especially since any student who can't match the pace set by the teacher is quietly ushered out of the school.  Try that in a public school where no one can be turned away.

As Jal Mehta says, the current system of education provides little up front, and demands heavy accountability on the back end.  Punishment, in other words.  We provide as little as possible to those in poverty, and then punish them severely with a police state mentality that jails as many of the poor as society can get its hands on.  The police who deal in this punishment are not to be "sacrificed" unless absolutely necessary.

Punishment must not be undermined.

*this last time, btw, started with Ross Perot in Texas, who wanted to "fix" the education system without, as ever, talking to teachers but with the implicit understanding it was all their fault, so "accountability" (i.e., punishment) must be enforced.  It spread under Clinton (POTUS candidates influence national policy, remember?) and flowered into nightmare under W, to be continued under Obama (himself the product of private schools that closely monitor who gets in, unlike public schools which can refuse no one).  That little detail goes unmentioned in the analysis at Salon.  As I was saying about not learning from history.....