Who Moved My Exegesis? 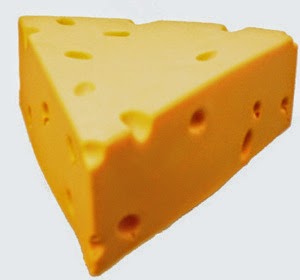 Speaking of how long it takes something to "trickle down" to the people:

In 1860, the year after the publication of Origin [of Species, Darwin's famous work], seven Anglican clergymen published "Essays and Reviews," a series of articles that made the German Higher Criticism of the Bible available to the unsuspecting general public, who now learned to their astonishment that Moses had not written the first five books of the Bible, King David was not the author of the Psalms, and biblical miracles were little more than a literary trope.  At this time, German clerics were far better educated than their counterparts in Britain and America, who were ill-equipped either to follow German scholarship themselves or to explain it to their flocks.

I entered seminary in 1993, 133 years after the publication of this book.  According to Armstrong, Essays and Reviews was the influential book on believers in the 19th century, not Darwin's Origin.

It sold twenty two thousand copies in two years (more than Origin in the first twenty years of its publication), went through thirteen editions in five years, and inspired some four hundred books and articles in response.

And yet everything about the German Higher Criticism was completely new to me.  A year or two before I entered seminary Harold Bloom had collaborated in the publication of the Book of 'J,', a reconstruction of the work of the Jawhist from the Torah.  It was a revelation to most of the public that there was a "Jahwist" portion of the Torah.   I'd certainly never heard of it before then. The Jesus Seminar further stirred the pot with its "red-letter" edition of the Gospels, presenting what they thought were the "true" (or truest, anyway) words of Jesus of Nazareth.  The foundation for their analysis was laid down by the German Biblical scholars more than 100 years earlier; and still their work was controversial.

I studied the German Higher Criticism in studying both the Hebrew and Christian scriptures.  It was a given, the foundation, the starting point, of all Biblical exegesis at my seminary.  Yet it was still a wonder and a challenge and a controversy to my congregations when I took it to them.

And people wonder why we can't change culture in a generation.