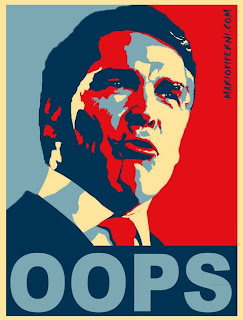 There is, here, a valuable reminder of just how stupid our Governor is (in that he stands in a long line of Texas Governors, let's be fair):

Fears about the upcoming, multiple-state “Jade Helm 15″ war simulation being a preamble to martial law have circulated on social media and conservative websites for months. After a packed town hall meeting last week about the training exercise in rural Bastrop County, Abbott wrote to the State Guard and said measures would be in place to make sure civil liberties are not infringed upon.


“Frankly, I gotta tell you, I think the cause of the underlying concerns is that we see instances, like a shooting in Fort Hood by a terrorist, that the president labels workplace violence. We see the president come to the border in Texas and say it’s safer than it’s ever been,” said [Texas Governor Greg]Abbott. “And so I think it was a misplaced perception by people in Texas who have problems with the Obama administration and connected that trust with the Obama administration to the military.”  (emphasis added)

That preamble to the quote is the key.  This "outcry" didn't come from the whole state of Texas; it came from a handful of cranks in Bastrop County, which used to be rural and is now the outskirts of Austin's city limits.  Between a Black President and the push of "too cool for the room" Austinites, it's small wonder some in Bastrop are feeling like an invasion is underway.  Of course, there were people at that now infamous meeting who thanked the military for explaining Jade Helm 15" to them.

“I’m thrilled. I was glad to hear the presentation today,” said Don Nichols, a Bastrop resident and Vietnam resident. “We’re training the military and specials operations people specifically to go out and defend our country so we can have that right.”

Nichols and his wife Barbara sat through the entire two-hour long meeting. They said they believe no matter what, people will believe what they want.

“For me, today was kind of painful to watch the disrespect I saw to the lieutenant colonel during the presentation and I personally went up to him and apologized to him for other people and their
rudeness,” said Nichols.


But sane voices get lost in the hysteria, hysteria Gov. Abbott (who is already on his way to a special wing of the Texas Governor's Hall of Shame) poured kerosene on, again and again.  So now "all of Texas" is upset by "Jade Helm."

After all this, what's the impact on Bastrop County?  Less than the traffic going down 290 into Austin:

Sixty. That’s the number of troops Lastoria said would take part in Jade Helm 15 in Bastrop. When it comes to the town and impacting people, Lastoria said there will be two Humvees and water buffalo, a tank used to carry water, that people may see around the city.

Thanks, Obama.  Or, rather, thanks Gov. Abbott, for making everyone in Texas look like fools.  I think you're going to find that's not a winning political strategy.  Just ask Rick Perry.