Something to chew on.... 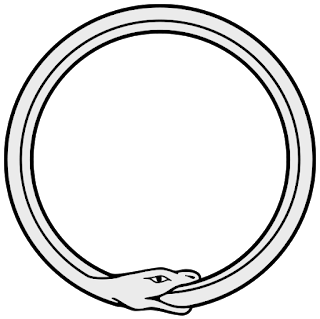 I should leave this stuff alone, but....

Coyne and his fellow New Atheist writers are at their gadfly finest when they remind us that people really are motivated by beliefs, and that the specific details of ideas can indeed influence our actions. In the case of Coyne and many of his intellectual allies, what emerges is a vision of a world in which reasoned argument—in which being right—can cure religion and the social ills that supposedly accompany it.

That’s an idealistic, even utopian vision. One need not be cynical to call it naïve. “The ability of people to ignore inconvenient truths that conflict with their faith, whether or not the faith be religious, is astonishing,” Coyne writes, confused that not everyone may have the willingness—or the luxury—to let ideas trump convenience.

Actually, the use of the term “inconvenient” is rather strange here. If you’re a coal miner, the reality of climate change is probably more than an inconvenience for you, especially if climate policy costs you a job. Not everyone is an affluent, tenured Chicagoan who gets paid to think. With his obsessive focus on the correctness of ideas, Coyne is blind to the ways in which class and power can entangle themselves with any kind of belief (including, perhaps, Coyne’s own).

That blindness is chronic; there are essential questions that Coyne doesn’t even think to ask. For example, in a book about the harmful incompatibility of science and religion, he never explains why it’s inherently bad to sometimes hold logically inconsistent beliefs. Within the purity of this ideas-above-all mindset, that awfulness is simply a given. But for those of us curious about the inconsistencies and weirdnesses of actual human experience, it’s not.


Consider, alone, the case of Oscar Romero:  a man revered by the people of El Salvador, who were rewarded with his canonization as a saint.  He was not "an affluent, tenured Chicagoan who gets paid to think."  He was not "blind to the ways in which class and power entangle themselves with any kind of belief."  Indeed, I've learned to make trenchant critiques of class and power and belief, from seminary.

Not from any of my science classes.  How could I?  Lawrence Krause declares science has superseded philosophy and theology.  I guess this means we can discard ethics as well as aesthetics along with phenomenology and even empiricism and philosophy of science itself, because science has figured it all out!  Or has the worm simply devoured its tail?  I dunno; is that a scientific question?  If not, it's out of order!

"The blindness is chronic."  And I've never encountered any field of study which examines that blindness more persistently and perceptively than philosophy and theology and, far less technically but with equally valid insight, religion.  The idea of religion as imagined by Coyne and Krause is simply puerile.  It is the flimsiest of scarecrows.  Alas!

Even the wind in dry grass has more to say than these two, and the rat's feet over broken glass make a more intelligible sound.  Self-examination is not even a concept to them.  Finding common cause with humanity is beyond their ken.  Understanding actual human experience in all its complexity and strangeness and other-ness, is beyond their interest.  And no wonder they would reject philosophy; they aren't any good at it:

...take one of Coyne’s central premises, that “religious claims are empirical hypotheses.” In other words: religious groups make claims about the world that are directly comparable, in their aims and in their applications, to scientific statements.


If I have to explain what's wrong with that kind of reasoning, there is too much I have to explain to you to make you realize how wrong you are.  As a wise man once taught me (via talk radio):  "you can't fix stupid."

I do wonder, though, why it finds itself so easily published and publicized.
Posted by Rmj at 3:40 PM