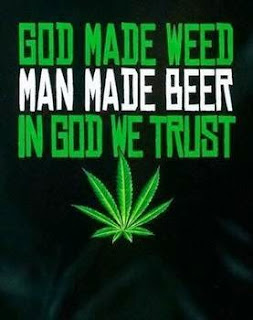 The 24-page bill begins: "The following provisions are repealed," then lists dozens of Texas statutes related to marijuana. If the Legislature were to approve the bill, pot in Texas would be regulated like any common crop.

In a press release, Simpson said he supported regulating marijuana like the state regulates "tomatoes, jalapeños or coffee."

This probably doesn't have a chance in hell (!) of becoming law, but it passed out of committee yesterday.

Damned religious fanatics!
Posted by Rmj at 8:17 AM