One more reason motorcycles are not safe 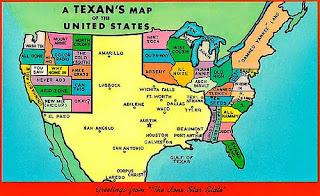 So, to try to put this nonsense in Waco in perspective, and explain why CWP's are making us safe (and open carry would make us safer!):

Neyfakh: When you say “biker event” what do you mean?

Falco: It’s just a day event. Like, a restaurant will hold a biker show or a bike contest. Hooters does it in different locations. It’s just a day event where you bring your family, look at some nice bikes, drink a couple beers, and then it’s over by 5 p.m. But when I was doing the Outlaw infiltration, the Outlaws would show up at Hooters looking for Hell’s Angels that might be in the area and try to show up, and waiting to have a shoot-out with them. And that’s what happened here.

Neyfakh: So that’s why they were all in the same place. And the guys who ended up causing the violence were probably planning to do that, right? Or do you think something sparked it unexpectedly?

Falco: Yeah, I mean, anything can do it—you park in someone else’s spot, you cut him off. But it was gonna happen. Something was gonna spark it. Because they didn’t show up there in big numbers just to drink beers with each other. And they were all armed, right?

Neyfakh: Yeah, they were all really armed. Is that normal, for gangs to travel with so many weapons?

Neyfakh: I guess what I’m so surprised by is that these are rivalries that are based on nothing—that they’re not fighting over anything more specific than intangible control over a particular area.

Neyfakh: Yeah. I mean, how old are these guys?

Falco: Old! They’re old. They’re like 40s, 50s, 60s. Your average street gang is made up of Hispanic or African-American kids who grew up in an area where they didn’t really have a choice. These are guys that do have a choice—that didn’t grow up in an area like that, but later in their life decided to become part of a gang. A lot of these guys are ex-vets—they’re war vets. Most of these biker gangs were created by war vets in Vietnam, World War II, and now Iraq and Afghanistan. It’s attractive to the anti-social war vet. Your normal war vet is a hero, and comes home a pro-social person. But your anti-social Caucasian war vet is attracted to these biker gangs, and so a lot of these guys are very highly skilled with weapons.

Neyfakh: Do they live together?

Falco: No, but they have a clubhouse, and mandatory runs, and they have to hang out with each other. There’s a lot of that.

Neyfakh: Just to close, what do you think has changed since you were on the inside of this culture?

Falco: I was 2003 to 2006 with the Vagos, and then 2008 to 2010 with the Mongols and Outlaws. Not much has changed. The only thing that’s changed is more states are allowing concealed weapons permits, so you have more of these guys who are armed to the teeth.

It's kinda cute they have a clubhouse.  Then again, they're armed, and have decided to avenge the deaths and arrests of their club members.

This Twin Peaks ("because 'Hooters' just wasn't racy enough") restaurant has lost its rights to the name "Twin Peaks."  And Waco police and the sheriff knew this rumble/riot/melee/brouhaha was gonna happen.  They told the restaurant not to allow it, but it was allowed anyway.  Again, because Hooters wasn't racy enough; or something.

And the day after the Texas Lege took up the noble cause of allowing open carry of firearms, which would have made things worse in Waco, as the police there are saying.  But hey:  "FREEDUMB!"  And territory.

Besides, it's a buncha old white guys.  It's not like they're gonna start a riot, or somethin'.....

That argument, that this was a "riot" and that the media is not treating it as seriously as Baltimore, and therefore "RACISM!", is still making the rounds.  And there is a problem with the coverage of Waco.  Law enforcement there says it's one of the worst scenes of violence they've ever seen; but there are no burning buildings for the TV cameras to focus on, no lines of protestors hurling rock and epithets at police in riot gear, so according to the national news, it's just a "shooting."

But Waco is being "downplayed," if at all, because it's in Waco.  Where's Waco?  It's in Texas.  But what's Texas?  Aside from being the second most populous state in the Union, it's nowhere.  There's Austin; everybody thinks they've heard of Austin.  There's Houston, fourth largest city in the country (and when was the last time it was in the news?). Rahm Emmaunel makes news in Chicago, Bill DeBlasio in New York; California has a drought worse than the Texas drought, but not by much, and Houston has a lesbian mayor for a second term.  But who cares, 'cause it's Houston, right?

Texas only gets mentioned on news websites when the Lege is in session and tries to pass crazy laws. Otherwise, Texas is too far out of the way to bother with.

But then, so was Ferguson.  Nobody knew where Ferguson was until the "riots" broke out (a word to be used advisedly, now).  Then there was some focus on the cities of St. Louis County, but it faded.  Shit got real when Baltimore exploded, because that's 40 miles from D.C., and well within the Bos-Wash where all national media is located and focussed.  Tell the truth, would anybody have ever taken Chris Christie seriously as a "national politician" if he was governor of Montana?  If the George Washington Bridge ran anywhere but into New York City, would national news have ever noticed it was all but closed down?

Once Baltimore was in flames, the national discussion of racism and police violence had to be taken seriously.  And now it's our media touchstone:  if Waco isn't treated like Baltimore, then something is rotten in the state of America.

Is the coverage of the event in Waco a reflection of racism?  Or of regionalism?  Ferguson didn't really change our national discussion, but Baltimore did.  Why is that?

Maybe it has something to do with Waco.