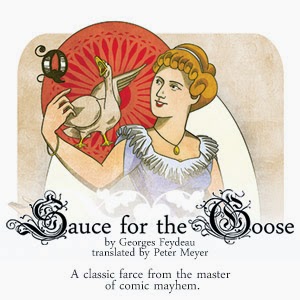 I was going to leave this alone (Ntodd has a good link with other links to this entire story), but no one seems to be asking, aside form the pleasure of poking another Bush with a stick and the family legacy stench of W.'s administration, exactly why we care what the GOP candidates think about the invasion of Iraq.

The reason is rather plain, I think, and it needs to be discussed more plainly.  Why do we care about the reasons we invaded Iraq, reasons which, within a few weeks of being there, had evaporated like water in the desert?

Lost in the domestic kerfuffle of what Jeb said last on this topic, or how Rubio and Walker answer the question, or what position Rand Paul takes now (check your calendar), is the pending agreement with Iran over processing uranium into nuclear fuel.  It wasn't that long ago Marco Rubio was promising to sanction the bejeezus out of Iran, international cooperation be damned!, and bring the mullahs begging to the American negotiating table where he would sternly teach them a lesson.

And, of course, if that didn't work, we'd bomb their nuclear processing facilities, as Israel had hinted it would do (and may still do; though those facilities may be so "hardened" as to be unreachable by conventional bombs.  The alternative, even for Israel and Rubio, is unthinkable.).  Rubio didn't say that, but like any good GOP candidate he is so belligerent that has to be the next threat.  We cannot, after Vietnam....er, I mean, Iraq, be afraid to use military power in the world.  What's the point of being a hyper power if you can't hype your power, eh?

Whether we are still a "hyper-power" is another question.....

So, Rubio and the entire GOP field finds themselves in a round room, being told to go sit in the corner.  Even FoxNews mocks them on this issue:  no GOP candidate has gone to FoxNews and found aid and comfort there, when it comes to recent history in Iraq.  No one (outside John Bolton) dares say invading Iraq was a good idea, period.  And they can't say it was a bad one. So they prevaricate and revive the recent lies and insist history will not repeat itself.

Well, they don't insist on that last part, but that's what they are talking about.  Intelligence, not troops on the ground, tells us Iran has nuclear processing facilities.  Inspectors (remember those from Iraq?) will soon, hopefully, tell us just what those facilities are producing.  If this begins to sound like Iraq with a diplomatic, rather than military, outcome, you are getting the point.  The same conditions prevail, and any question about whether we should have invaded Iraq, becomes a question of whether we should show any belligerence toward Iran.

Sauce for the goose, after all....

So how can we be belligerent toward Iran, when that blew up so spectacularly in our faces in Iraq?  Round room:  find the corner.

It would be funny, if it weren't so serious.