Who let the fools out? 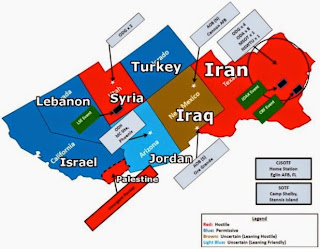 So the Gov. of Texas was just worried about the concerns of the good people of Bastrop:

"We are playing a pivotal role of government and that is to provide information to people who have questions," Abbott told reporters Monday following a prayer breakfast in North Austin. "It's clear that people in Bastrop had questions."


Except nothing in his letter to General Betty of the Texas Guard said anything about the concerns of a handful of people in Bastrop.  But, hey, “What the letter did was quite simple and non-inflammatory, and I think that’s the way it should be construed."  Problem with being Governor, Governor:  you don't get to decide how your public pronouncements are understood.

Simple and non-inflammatory?  The letter said "Texans [need to] know their safety, constitutional rights, private property rights and civil liberties will not be infringed."  By what?  Military exercises? Or tunnels under a closed Wal-Mart store?  Yeah, Wal-Mart denied it; but then they would, wouldn't they?

Maybe you could have simply told the people of Bastrop that there are 21 military bases in Texas, and they should quit being stupid.  But no, Gov. Abbott is comfortable in the company of Ted Cruz, Rand Paul, Ron Paul, and Chuck Norris.  Even the White House had to comment that they had no idea what the Governor was talking about in this "quite simple and non-inflammatory" letter.

Here's a clue, Governor:  you now serve as Chief Executive over the second largest state in the country.   Maybe you should watch your mouth; er, pen.  Speaking of pen, word comes today that Marine Le Pen has forced her father out of his honorary position in the National Front party of France because he was too extreme in his views.  Congratulations, Gov. Abbott:  you've made Marine Le Pen look sensible.

You force me to stand with Todd Smith on this issue:

I am appalled that you would give credence to the nonsense mouthed by who instead make decisions based on internet or radio shock jock driven hysteria.  Is there ANYBODY who is going to stand up to this radical nonsense that is a cancer on our State and Party?  It is alarming that our State Republican leadership is such that we must choose between DEGREES of demagoguery.

I mean, Lt. Gov. Dan Patrick was elected by the Tea Party, and even he distanced himself from the lunatic fringe proposal the "citizens commission" he appointed came up with, declaring kindergarten a route to atheism and godlessness.

Maybe, Governor, you can at least stop embarrassing us.