With all best intentions.... 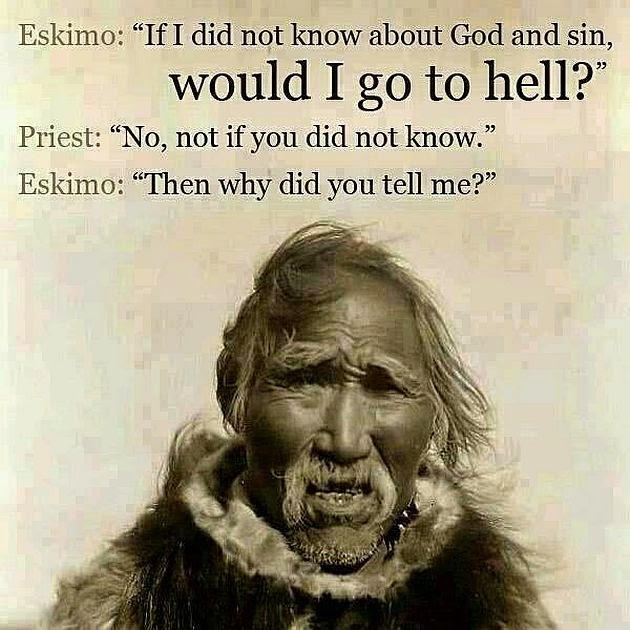 This really isn't what I intended to use when I went looking for a picture,
but when I found it I couldn't resist it.

Charlie Pierce includes optional musical accompaniments to his posts; I would include an optional blog post to this post.  We're making the same journey on different paths.

I've laughed at on-line atheists who think they are current and daring in their critiques of religion, telling them they are on the cutting edge of the 19th century.  Turns out I was off by a century:

In 1729, Jean Meslier, an exemplary parish priest, died weary of life, leaving his few meager possessions to his parishioners.  Among his papers, they discovered the manuscript of his Memoire in which he declared that Christianity was a hoax.  He had never dared to say this openly during his lifetime, but now he had nothing to fear.  Religion was simply a device to subdue the masses.  The gospels were full of internal contradictions, and their texts were corrupt.  The miracles, visions, and prophecies that were supposed to "prove" divine revelation were themselves incredible, and the doctrines of the church manifestly absurd.  So too were the "proofs" of Descartes and Newton.  Matter did not require a God to set it in motion; it was dynamic and moved by its own momentum, and its existence depended on nothing other than itself.

It seems that, early on in the Enlightenment, Newtonian Christianity began to come apart at the seams.  Taken as the only standard for Christianity possible (although Armstrong points out Newton's "theology" only took hold among the educated and elite, not among the working class; and that Newton's universe soon gave way to what is clearly recognizable as the Great Chain of Being, an orderly universe with everything in its place and not even God can disrupt it), the educated classes soon discarded the central idea Newton held to (that matter is inanimate and cannot be animated except by an outside force, such as God) in favor of matter moving on its own (not quite right, either, but a necessary step away from Aristotle, at least from a scientific point of view).  Newton had insisted the structure of the universe made God necessary.  It wasn't long until reconsideration of that structure meant God was simply no longer necessary.

Newton, it turns out, was a fine scientist but a poor exegete.  I use him here more as symbol than specific target, but it occurred to me overnight that when God appeared to Elijah:

The Hebrews were careful to identify God as being present in the creation, but in no way being of the creation.  When Moses turned aside to see the burning bush which burned and was not consumed, it was because he was in the presence of God.  God was present in bush, but God was not in the bush nor in the fire that didn't consume the bush.  What Moses saw in the bush was what the prophets would later call "the glory of God."  It was all that humans could possible see of God; perhaps because it was all they could comprehend; perhaps because it was that God was so fully removed from humans as to be incomprehensible in full.  Still later, when the priest (as Zechariah does in Luke) entered the Holy of Holies in the Temple, a rope would be tied to his ankle, lest the God of Abraham turn God's full countenance (anthropomorphic terms are finally the only way to speak here) upon the priest, and kill him (no one else could enter, and the body would have to be dragged out lest it defile the space).

That idea itself comes from Moses on Sinai, when Moses entered the darkness and thunder and lightning on the mountain (a theophany Christian churches recreated with pipe organs a millennia or so later, although their reference was the theophany of Isaiah, in the throne room of God).  Again God was not in the thunder or the lightning or the clouds.   That theophany was so frightening to Israel they told Moses to go talk to God and then tell them what God said; they didn't want to even hear from God directly, much less risk coming face to face (so to speak) with the Creator.

God, to the Hebrews, could not be described, nor confined by nature, nor be a part of nature.  God was involved in the creation, but God was not in the creation.  It might go too far to say God was wholly Other (and so had no relationship to the Creation, even as Creator), but it went too far toward idolatry to say God could be known through the Creation.  It is no accident that Aquinas, as Armstrong points out, opens his Summa with five "proofs" of the existence of God, and then demolishes all five proofs with a simple observation (I have to rely on Armstrong here, but will stick as closely as possible to direct quotes from Aquinas):

"we cannot know the 'existence' of God any more than we can define him [sic]....God cannot be classified as this or that sort of thing."  God is not the "sort of thing that can exist independently" of an individual instance of it.  We cannot ask whether there is a God, as if God were simply one example of a species; God is not and cannot be a "sort of thing."

Newton's "proof" reduces God to the "sort of thing" convenient to polish off the missing information in his mechanical construct.  Some of Newton's failure at exegesis can only be attributed to anti-Semitism.  The distortions of the Hebrew Scriptures that Marilynne Robinson finds in the world of Shelby Spong predate Newton, and would have been an assumption on his part as to how to understand the "Old Testament."  Newton's other sin, if we can put it that way, was hubris.  He wanted to define God in a way that was immediately and easily apprehensible to human reason.  It may be the universe is an amazing clockwork; and it may even be that clockwork persuades you of the magnificence of God (much as one can see nature praising God, a theme in Celtic prayers from the Carmina Gadelica).  The problem is when you move that inspiration into theology, and make it an explanation about God.  Because at that point your theology is on the way to being idolatry, as God becomes just another subject of human inquiry and discovery.  At which point atheism really does become pretty much inevitable.

And I'm quite sure that wasn't Newton's intention at all.