Did I get him? 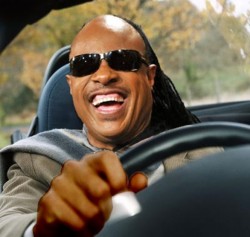 "When you shoot a gun, you take it out and point and shoot, and I don't necessarily think eyesight is necessary."

Because even blind people have 2nd Amendment rights; just ask the guy who sold the gun (the second link is to the video).  It's up to the rest of us to stay outta the way.

Besides, as he says, he can hear; and he's never been convicted of a felony.  So what's the problem?  If somebody breaks into his house at night, he has an advantage:  he doesn't need to see 'em to shoot 'em.

Why Iowa denies him a right to the road is beyond me.

UPDATE:  an Iowa sheriff says: “People have this preset idea that blind people are going to be shooting at voices, and it’s just not going to happen.”  Somebody needs to introduce him to this guy who can still hear.  Or maybe that guy doesn't live in Cedar County, Iowa, so the sheriff doesn't care.  And considering how many people shoot a family member at night, thinking they've shot an intruder, maybe this isn't such a good idea either:

“But a firearm can be drawn and discharged, and truthfully it’s safer that way than a sighted person shooting five or 10 yards away. Because there is a possibility they could miss. If you have someone on top of you, and you rotate the weapon into them and make a contact shot, you’re not going to miss.”


No, but you're not going to be able to see who you're shooting, either.  And you may think you hit the right person, when you didn't.  Because most people who shoot an intruder, don't wait until the intruder is "on top of them."  And they don't do too well at hitting the "right" person, regardless.  Especially, as is often the case, when there isn't any intruder at all.

I'm just gonna stay out of Iowa, thanks.

*also something somebody actually said.