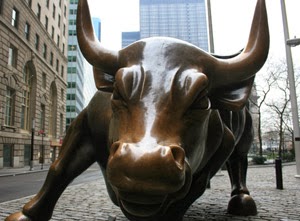 You gotta get past me.

I want to be appalled by stories like this; I really do.  But when I consider how many people are put in jail because they are poor, or black, or Mexican, or in the wrong place at the wrong time, or get a lousy lawyer, or get sent back to jail because they were in a car with a gun in the package tray in the back (my one experience as a court-appointed lawyer in Federal court):  my sympathy flags for stories of travelers having trouble at border crossings.

I have a hard time having really profound and shocked sympathies for middle-class people who can afford to travel abroad (even if it's to Canada).  That doesn't excuse the stories told here.   Mind you, all the stories here portray border guards as dicks, and I'm not sure that's excusable.  They also come off as profoundly stupid (how many times do you search the same person in your custody for several hours before you decide he's not carrying a weapon?) But I know of much worse being done to people; and it's very common.

It just doesn't happen to middle class people; it usually just happens in their name.   "But, of course, all of this is OK because we all knew it was going on anyway, right?"  Well, no; but if you don't know what's going on in your name, it's usually because it's more convenient for you not to ask.

But the story told is about CBP, which so far as I can tell has nothing to do with NSA (oh, it may, but I'd like a clear link, not a "they all work for the same government" link).  So I'm not sure why these two stories decide this has something to do with the NSA or Glenn Greenwald.

Who is a dick, as far as I'm concerned; not that that has anything to do with anything.

This is not America?  Sure it is.

That's the problem.  It is America whenever the governments do this, whomever they do it to.

As ever, it's still a matter of whose ox is involved.