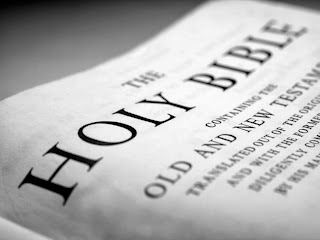 I bet we can weaponize this thing!


in an argument, or in any non-liturgical or non-scholarly context.

Cramer subsequently responded by citing a different passage from the Bible, one more favorable to his position on federally funded nutrition assistance.


"2 Thessalonians 3:10 English Standard Version (ESV) 10 For even when we were with you, we would give you this command: If anyone is not willing to work, let him not eat," he wrote.

Because that's not what it's for.

The first quote is accurate so far as it goes, but it doesn't necessarily apply to governments (whether it should or not is another question.)   To put the second quote in context:

Now we command you, brothers, in the name of our Lord Jesus Christ, that you keep away from any brother who is walking in idleness and not in accord with the tradition that you received from us. For you yourselves know how you ought to imitate us, because we were not idle when we were with you, nor did we eat anyone's bread without paying for it, but with toil and labor we worked night and day, that we might not be a burden to any of you. It was not because we do not have that right, but to give you in ourselves an example to imitate. For even when we were with you, we would give you this command: If anyone is not willing to work, let him not eat. For we hear that some among you walk in idleness, not busy at work, but busybodies. Now such persons we command and encourage in the Lord Jesus Christ to do their work quietly and to earn their own living.

It doesn't have any application here, either.  Paul is writing to his followers, to people in the church in Thessalonika who may well, like the Galatians and the Corinthians, think its all about free time and party like it's 1999, 'cause Jesus is comin'!  What he says doesn't apply to society, either; nor to government.  It's not even a text on social justice, which the parable from Matthew certainly is.

It is right for government to care for its people.  It should certainly do that at least as much as it cares for contractors, both military and otherwise.  But this is why I don't use scriptures in an argument, or to prove a point unrelated to scriptural studies or doctrinal issues:  it isn't what scripture is for.  Shouting scripture at each other does nothing for either side, and it persuades third parties only that scripture is about shaming and rule making and power plays.

And we really don't need any more of that than we have already.