I should be writing on the subway walls.... 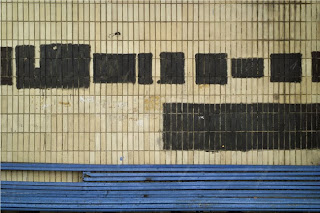 Bill Maher is what happens when a comedian who is not Jon Stewart or Stephen Colbert tries to talk about politics.

Okay, with that out of the way, let me address this:

There are no admitted atheists serving in Congress, and in a recent interview, comedian Bill Maher said that while he wouldn't be the one to break that trend, the tide was shifting in the favor of nonbelievers.

“[Atheists are] out there, they’re thinking it, they’re just afraid to say it,” Maher said during an interview with TheWrap. “But that’s changing. It’ll be the new gay marriage.”

Maher's remark came in response to a question about whether he would ever consider seeking office. He called himself the "the last person who could ever win," citing his lack of faith as just one reason. Maher is a vocal atheist, and in 2008 he starred in "Religulous," a film that poked fun at a variety of organized religions and their beliefs.

Anybody remember that Richard Nixon was a Quaker?  That caused no little amount of sardonic comment in the late '60's and early '70's as his "secret plan to end the war" seemed to involve secretly bombing the bejeezus indiscriminately out of Southeast Asia.

Anybody remember LBJ going to church?  Maybe at Christmas or Easter, I guess.  Funny thing, I remember Reagan going to church; and GWBush; even Clinton and Obama.  Don't remember JFK going to Mass, though tout le monde was concerned he'd follow secret directives from the Holy See; but that was just the anti-RC fervor of a country steeped in Puritanical Protestantism.

Did Ike go to church?  Maybe, but I don't remember hearing about it.

The point is, lots of Presidents didn't make church a regular place of attendance.  I don't think the sainted Abe Lincoln was much of a public Christian.  Ronald Reagan was, though; or his handlers made sure he was perceived as one.  I think the whole "POTUS must gotta be a Christian!" started about that time.  Nobody much cared about Nixon's religious beliefs, and I doubt any of Falwell's crowd (they were around before Falwell, he wasn't sui generis) much considered Quakers equal to Christians.  Not real Christians, anyway.

I know, Maher focused on "religious belief," but we all know since the days of Ronnie and Falwell that "religious" = "Christian."  Muhammed Ali was excoriated for his non-Christian adoption of Islam (listen to the opening moments of that story and relive a past you won't believe is only 50 years gone; it sounds like something from before the invention of radio).  When politicians profess religious belief, they mean "Christian," or they don't mean "religion" at all.

At least since the '80's; and since anybody starting caring about whether or not politicians were good Christians.

Yes, we've been through this before;  informal religious tests in which politicians had to profess allegiance to the dominant strain of Christianity (usually Protestant) extant among the voters.  Then again, nobody seemed to much care about Jefferson's thoughts on religion (there was a brouhaha when he ran for office that would peel the skin of today's modern guardians of the public discourse) after he became POTUS.  I want to say Lincoln wasn't all that devoted to the frontier revivalist Christianity of mid 19th century America, but it did him no harm.

I'm pretty much spit-balling here, but while it's never been the norm to declare yourself an atheist in a run for public office, it's also never been the norm to declare yourself a minister without pulpit as a qualification for public office (the rare occasion of the elected Catholic priest being the exception that proves the rule, mind).  We have wobbled a bit between the two extremes, and while I'm spit-balling rather than playing professional historian, I think it's only since Reagan and Falwell that we've assumed all politicians must be "born again" and able to quote scripture in order to prove the rightness of cutting off government money to the poors (and I don't know when all political speeches had to begin to end with "God Bless America!", but can it stop now?  It's like that bit in "Miss Congeniality" where Sandra Bullock can't end her personal statement in the beauty pageant competition until she adds "And world peace!")

And now the cure is to let atheists be atheists?

Nothing against atheists, but Mr. Maher proves my earlier point:  atheists are people who want to sneer at theists.  They aren't "non-theists," which is probably the default position of more and more people (I meet them every day; I teach a lot of high school kids who've never been inside any kind of religious building or attended a worship service of any nature), they are "a-theists," which means, to the general public, they think you theists suck!

Here's the thing about being gay:  once people realized it didn't mean they had to be gay, too, they were cool with it.  Gays don't oppose heterosexuality; they just want their own sexuality.  Atheists, though, seem to want their view of theism to prevail: and that is to squash theism.  Maher's "Religulous" was a silly piece of tripe aimed at mocking and embarassing theists, primarily Christians.  He wasn't being "pro-atheist," he was being anti-theist.  Which, come to think of it, is one and the same thing.

How 'bout we just let things go back to the way they were in, oh, Jefferson's time?  (Well, he was badly excoriated.)  Okay, how about Lincoln's time?  Let's let public displays of worship fade away (as they should, as most Christians would (I think) agree).  Let's ignore public declarations of faith and look more to public actions (what difference did Kennedy's Catholicism make?  Arguably it had more impact on his brother.  Nixon's Quakerism was clearly a null set.  Reagan's piety didn't stem the flow of blood in Central America, which he either ignored or tacitly encouraged.).

I don't really care what the religious belief of an office holder is.  In fact, the ones that want to tell me are immediately suspect  (were Ted Cruz to announce his devotion to the Church of the Return to the Godliness of John Wayne and devotion to the One True Bible of King James, it wouldn't surprise me; and it would only slightly disgust me).  So I don't care that Bill Maher is an atheist, and I only ask one thing:

If you're gonna be like Bill Maher and yet run for office, good luck to you.  'Cause the only dicks I see winning public office are Republicans, and they still can't do it while denouncing religious belief.  If you want to take the baby step of just not talking about your non-beliefs, that would be a giant step in the right direction.