One step forward, two steps back.... 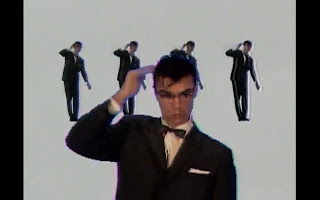 This is not my beautiful wife!

NTodd sets me on this, and after reading a page or two of it I'm already wondering:  "How much has changed?"

I've lived in St. Louis, Missouri, which is literally the crossroads of the nation.  All roads from the East lead through St. Louis to the west.  Well, not exactly all, but the metaphor holds.  I saw more disparate license plates on cars from more states in St. Louis than anyplace I've ever lived or visited, including New York City, Chicago, Houston, Dallas, or San Antonio.

And yet St. Louis is the most parochial city I've ever lived in.

The common question upon meeting a native of the city was "What high school did you go to?," as if no one ever moved to the city or the country, but was always born there.  I met a person who had moved away from the city in St. Louis County she'd been raised in, and was homesick the few years she lived elsewhere, until she could return.  She'd moved to the next suburb, perhaps a 10 minute drive from her "hometown."  If where she grew up was distinguishable from the town she moved to, I couldn't discern the difference.

Despite television, radio, movies, and modern travel, I've met people all my life who think Texas looks like Monument Valley (all of Texas, including the parts that are major suppliers of lumber) and, especially in my childhood, that everyone had an oil derrick (though they were wrongly called "wells") in their backyard, wore a cowboy hat and boots, and rode a horse at least until they were old enough to drive.  I still come into contact with people who know almost nothing about Texas because they've never lived here.  Oddly enough, I don't think everyone in Vermont taps their own trees for maple syrup, or everyone in Maine shops exclusively at L.L. Bean, or that everybody in New York lives in New York City (although the residents of that city largely think so).

I can't cut and paste what you can read at the link, so I urge you to read it.  The "ignorance" Burke cites for medieval "man" is no broader or deeper than the ignorance I've encountered in college graduates.  I've met less parochial people in deep East Texas than I've encountered in the suburbs of Chicago or St. Louis, or in my classrooms.  Everyone doesn't get their information largely from the Church anymore; some seem to get it solely from FoxNews, Ted Cruz, or Pharyngula.  I can't really tell any improvement over Europe 8 centuries ago.  Rumor still dominates the Internet, supposedly the dwelling place of the "reality based community."  NSA knows when you are sleeping, knows when you are awake, and has enough elves, biological or electronic, or perhaps some of both, to keep track of every thought you make.  I sometimes imagine they must be like the sylphs in Pope's "Rape of the Lock," except with headsets tuned exclusively to Ft. Meade.

Facts were mere opinions in the medieval period, says Burke.  Somebody please point me to a set of facts we all agree on now.  That the world is a result of cosmic forces, not a Creator?  That live evolved on the planet, or that fossils are only a few thousand years old?  That Obamacare is socialism, but Medicare is something the government should keep out of?  That the only safety measure that works against someone with a gun is someone else with a gun?  That Obama has violated the Constitution and the laws of the land?  Tell me, please, where are the facts which rule us with such authority?

Months, says Burke, were measured only approximately.  In mid-August the Costco warehouse near me was already selling Xmas decorations.  The Halloween stuff arrived at the first of September.  Christmas items are out in more and more stores already, and the Valentine's Day stuff will be out by January, if not late December.  Back to school sales started in July, and the date school is out or begins again seems to shift every year, until it's just "sometime" in late May or early June, and starts again nearer mid-August than early September.  And frankly, if Erasmus wasn't sure if he was born on St. Jude's or St. Simon's day (which argues for the Church at least having a calendar more rigid than most), what real difference did it make to him?  I need to know my birthdate for legal reasons (age of minority, eligibility for Social Security), but otherwise?

Rumor colored the reception of news even in the cities?  We've done the medieval period one better, then.  We have Sean Hannity and Rush Limbaugh and FoxNews to color our news with rumor even as it is delivered.  Why wait for people to make up their minds when we can make it up for them?  What's that you say, we decide based on reason now, not on mindless obeisance to authority?  "The Bible said it, I believe it, that settles it."  A bumper-sticker from my childhood.  Today, Richard Dawkins says it (especially on the subject of religion, a subject on which he is proudly ignorant), Pharyngula believes it, and that settles it.  Oh, yes, we've come a long way, bay-bee!

But my favorite bit is how the mummers traveled about in garish costumes, presenting simple material or a repetitive nature that their audience would easily hear and remember.

Tell me again the crucial narrative difference between "Ben Casey" and "Dr. Kildare" and "Marcus Welby, M.D." and "St. Elsewhere" (one of my favorites) and "E.R." and whatever hospital show has garnered fame and notoriety since I stopped watching network TeeVee.   Go on, tell me how fundamentally different they are, how they are tragedies as similar and yet unalike as the work of Sophocles or Marlowe or Shakespeare or Arthur Miller.  TV series thrive on repetition.  So do action movies:  the hero, be it someone playing James Bond, or a particular actor like Bruce Willis or Arnold Schwarzenegger or Sly Stallone or Wesley Snipes, will always be the same individual who alone can save the world from the bad guys, and the bad guys will always be bent on evil and have a thousand henchman happy to be fodder for the hero's guns, down to the last man (and one woman!) because they are so loyal or evil or something.

The names alone change to make you think it's a new movie.  Repetition is the bread and butter of modern entertainment.  Authors who churn out bestsellers on a regular basis, the ones people buy because they recognize the name on the cover, and there's always a new one every month, thrive on reptition, as do their readers.  J.K. Rowling's attempt at a murder mystery finally took off when someone revealed the unknown author was actually the world's most famous author, in pseudonym.  At last, something we know!

TV is nothing but a repeat of the same simple formulas.  The minor variations worked on those formula by a "Cheers" or a "Seinfeld" just reinforce the power of the familiar and the repeated.  It isn't only children who demand the same bedtime story every night ad nauseum; we demand it ourselves, whether it's network pablum or premium channel violence and female nudity.  Each has its formula, each works safely in repetition, and we are, in great numbers, attracted to it.

Maybe I should read the book.  Somehow, I'm not inspired to.