On the other other hand.... 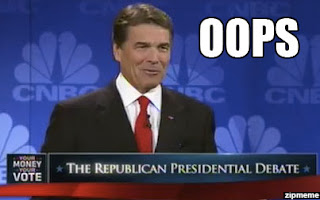 TC gives me the words I was referring to earlier:


But on the other hand we must remember the point that was made that the church is very loose on moral evils because although they try to accuse people like me who believe in empiricism and the enlightenment of somehow what they call moral relativism as if it's some appalling sin whereas what it actually means is thought  they, they, for example, thought that slavery was perfectly fine absolutely OK and then they didn't.   What's the point of the Catholic Church if they say,  Oh, well we couldn't know any better because nobody else did. [Said with that kind of dramatic outrage that only a Brit anti-Catholic with a posh education and acting experience can ] Then what are you for!


As TC has pointed out, empiricism and the enlightenment didn't exactly lead to the rapid abolition of slavery because reason is always more ethical than religion, or something.  Indeed, reason made slavery, well, reasonable:

Many of America’s revered colleges and universities—from Harvard, Yale, and Princeton to Rutgers, Williams College, and UNC—were soaked in the sweat, the tears, and sometimes the blood of people of color. The earliest academies proclaimed their mission to Christianize the savages of North America, and played a key role in white conquest. Later, the slave economy and higher education grew up together, each nurturing the other. Slavery funded colleges, built campuses, and paid the wages of professors. Enslaved Americans waited on faculty and students; academic leaders aggressively courted the support of slave owners and slave traders. Significantly, as Wilder shows, our leading universities, dependent on human bondage, became breeding grounds for the racist ideas that sustained them.

Ebony and Ivy is a powerful and propulsive study and the first of its kind, revealing a history of oppression behind the institutions usually considered the cradle of liberal politics.


I don't know this history, but I do know most of the impetus for the abolitionist movement in America came from the churches or from individual Christians.  I'm not aware of any significant contribution from the colleges and universities.

I haven't read the book yet, either, but I don't think it's too early to say:  "Oops."  Or maybe:  "All have sinned and fallen short of the glory of God."