First thing we do is make all the journalists redundant.... 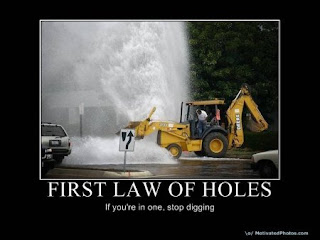 During a segment on "Morning Joe," former Pennsylvania Gov. Ed Rendell (D) speculated that most opponents of the Affordable Care Act have been fed erroneous information about the law. [MSNBC host Chuck] Todd said that Republicans "have successfully messaged against it" but he disagrees with those who argue that the media should educate the public on the law. According to Todd, that's President Barack Obama's job.

"But more importantly, it would be stuff that Republicans have successfully messaged against it," Todd told Rendell. "They don't repeat the other stuff because they haven't even heard the Democratic message. What I always love is people say, 'Well, it's you folks' fault in the media.' No, it's the President of the United States' fault for not selling it."


A poll Tuesday showed that support for the law among Republicans was higher when called by the Affordable Care Act, its official title, rather than "Obamacare," a term used derisively by Republicans that has gained widespread usage.

Which is entirely a product of  (say it with me now):  REPETITION!

In an age of so many different recording devices and cameras, tell me again why we need "journalists" at all?
Posted by Rmj at 3:06 PM