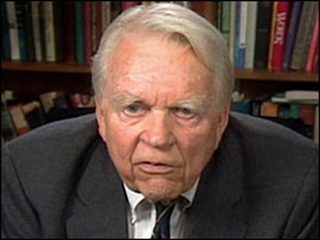 Portrait of the Blogger as an Old Man.*
*Not Actual Size

The only thing that bothers me about this headline:

is that someone is going to use it as an excuse to describe all Americans, especially Christians (who else considers Armageddon a reality?) as really, really stupid.

One-third of Americans would be, by the way, about 104 million people.  Do 104 million Americans expect the fall of Damascus to mean Armageddon and the end of time?

I dare say, if you questioned more than 1001 Americans, you'd find very few who knew Damascus was in Syria, and fewer still who connected the fall of Damascus to the End Times.  As you spread this claim out, in other words, trying to prove it with actual evidence rather than statistical interpretation, it would fade rapidly away.

But it's of a piece with a culture that think TED talks are deeply insightful investigations into topics that aren't simply more conventional wisdom re-hashed, or that Stephen Fry is "basically a huge brain piloting a finely tuned public speaking machine." (I like to imagine Augustine and Aquinas taking Fry behind the woodshed to teach him a thing or two about "reason."  That's something I would pay to watch.)  I find Ted talks are basically blog posts, something along the lines of this one, where a topic is boldly stated and just as boldly never really examined.  All the discussion that can happen in a TED talk happens after the talk is over, and even that is barely skin deep.  There's no real meditation on the issue, no real challenge to the premise, no examination of deeper, underlying issues and assumptions; just racing on to consume the next dollop of CW spooned out in a way guaranteed to get some of the speakers noticed for a moment, and most overlooked because, really, they aren't that interesting.

And in this way "new" formats and technologies prompt "new" insights which aren't even insights, just the same old mush stirred around the bowl by the same old spoon.  Like the idea that fully one-third of the American population is composed of fools who expect Jesus to return when Damascus blows up.

Sure, that makes sense, too.  Put it in a TED talk so I can decide it's actually insightful; but make sure it's bland enough not to disturb me, or better yet, that it convinces me I'm much smarter and wiser than at least 1/3rd of America.  'Cause that'll really sell!