The Problem of the Unreliable Narrator 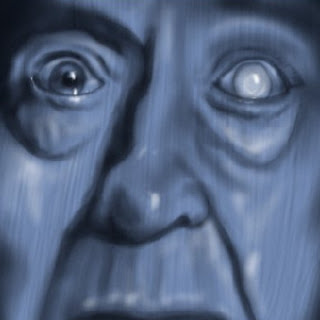 
And because, you know, the NSA story should NEVER be about Glenn Greenwald:


Which means Greenwald is an idiot, or a liar.  It also means we can't trust anything he says:

If the source, and the journalists closest to him, are lying — constantly — why on earth should we trust them to report on their documents honestly? At this point, I have no faith that they will do so — and I think it is safe to assume that if they find evidence that the law is followed, or a document exonerating the President, they will refuse to publish it because it would weaken their argument.

As a journalist, that refusal to employ the truth in reporting, even if it cuts against your own biases, is deeply abhorrent. And I’m shocked it isn’t abhorrent to more of us.

In Poe's story "The Tell-Tale Heart," the narrator starts by asking us why we think he is mad.  It seldom occurs to the reader to wonder why a narrator would ask such a question of the reader, until we learn of the narrator's obsession with his landlord's bad eye.  By the end of the story we are convinced the madman has confessed to his hideous crime as he tells us in the story's climax:

I foamed --I raved --I swore! I swung the chair upon which I had been sitting, and grated it upon the boards, but the noise arose over all and continually increased. It grew louder --louder --louder! And still the men chatted pleasantly, and smiled.

That last sentence is the loose thread that unravels the tapestry.  Is it likely?  Is it even credible?  And if it isn't, is anything this narrator tells us credible?  Is it possible, indeed, the entire crime itself is a fabrication, the fiction of a deranged mind?  We have only the narrator's word for it, for the entire story itself.  And as for the opening sentence, when he asks why we think him mad:  perhaps he isn't talking to the reading audience at all, but to a silent character in the story, someone interviewing the narrator in...well, perhaps a madhouse.

We have Glenn Greenwald's word for how many crimes have been committed by the NSA.  Evidence of those crimes has not yet been forthcoming, and most of what Greenwald has asserted has simply been wrong.  But maybe this story really isn't about the "beating of his hideous heart;" maybe it really is about the narrator.

A narrator who insists we not consider him mad.